New Year, New Congress, and a new Director for the BEP

As congress convenes for its 114th session there are questions as to what the new Republican majority would do with their power. For numismatists waiting for congress to authorize the U.S. Mint to do anything, there may not be many changes from the last congress. Since financial bills are constitutionally required to start in the House of Representatives and since the House only increased its Republican majority, it is unlikely attitudes would significantly change. After all, in two years, the 113th congress passed only one commemorative coin bill. 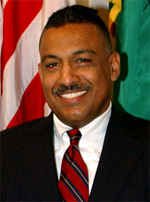 Larry R. Felix, the 24th Director of the Bureau of Engraving and Printing

Other than what happens in congress, there will be one change in numismatic production. Just before the New Year it was reported that Larry R. Felix, the Director of the Bureau of Engraving and Printing, will retire from government service effective January 31, 2015.

Felix was 24th director of the BEP and was the first African-American to be the Director.

Under Felix, the BEP introduced the next generation of currency designs in conjunction with the Federal Reserve and the U.S. Secret Service to make it more difficult to counterfeit U.S. currency including the new $100 Federal Reserve Note that has been recognized as the most difficult note to counterfeit. As part of the upgrade in production capabilities, Felix lead the BEP into a transition that made the bureau more technologically advanced and made their production more efficient.

Recent accomplishments include working with groups representing the visually impaired to make currency more accessible as part of a program called Meaningful Access. As part of that effort, the Meaningful Access program produced Eyenote for iOS and IDEAL Currency Identifier for Android to allow smartphone users to identify currency with their phone’s built in camera. They also are making iBill available for free to qualified visually impaired people. IBill is a pocket device that can be used to read U.S. currency and audibly identify its denomination that does not require a smartphone.

More recently, the BEP began to print one-dollar Federal Reserve Notes in sheets of 50 notes. During the production cycle, one-third of the notes being produced are $1 notes where more than 80-percent of the notes produced are used to replace worn currency. To meet the demand and lower the production cycle, this 38-percent per sheet increase in production will reduced the number of printing cycles required better meeting the demands of the BEP’s primary customer, the Federal Reserve. 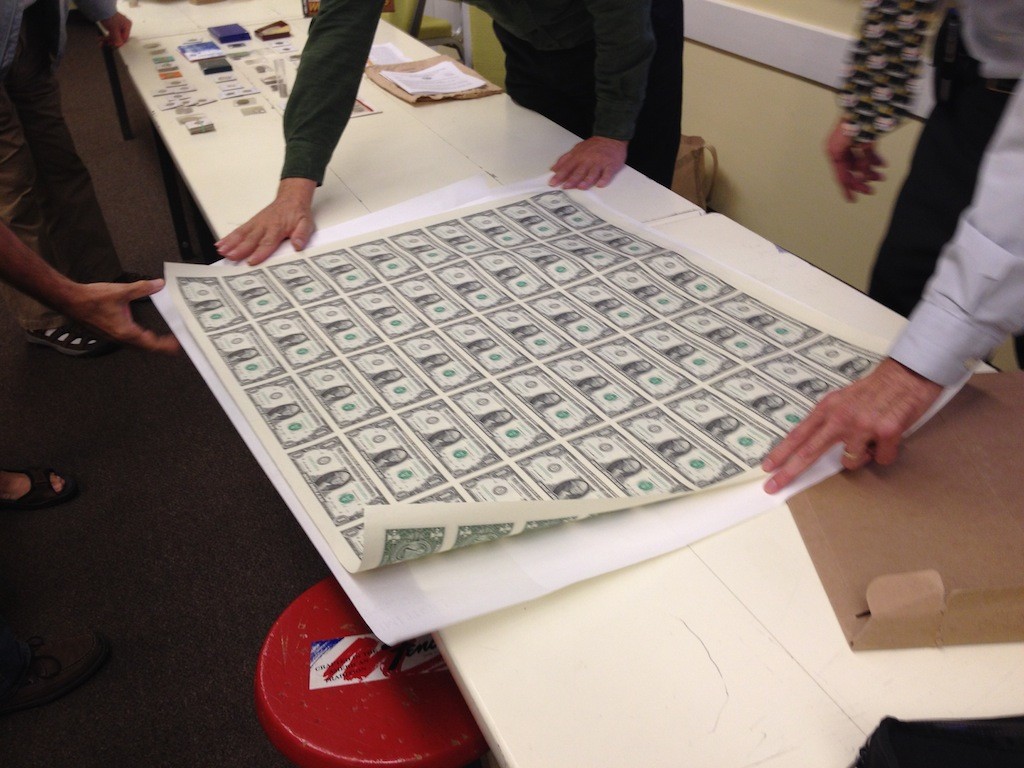 A view of the 50 Note Sheet of $1 Federal Reserve Notes.

Unlike the U.S. Mint, the Director of the BEP is a career employee of the United States Government. BEP directors are members of the Senior Executive Service (SES), a program established as part of the Civil Service Reform Act of 1978 to “ensure that the executive management of the Government of the United States is responsive to the needs, policies, and goals of the Nation and otherwise is of the highest quality.”

Although most SES members are career employees, the government can hire qualified executives from outside of the government. These special appointments to the SES are renewable terms from three-to-five years where the appointee can only serve two appointments in the same position.

Since SES members are employees of the United States government, they are not subject to the Senatorial confirmation process political appointees must undergo. However, it is the job of the Secretary of the Treasury Jack Lew to appoint a new permanent director. It is likely Lew will make the appointment based on the recommendation of Treasurer Rosie Rios. Both Lew and Rios are political appointees whom have been confirmed by the Senate.

As an aside, the U.S. Mint has not had a director since the resignation of Edmund Moy in January 2011. Since the Director of the U.S. Mint is a politically appointed position, the U.S. Mint is legally managed by Treasurer Rosie Rios who has assigned Deputy Directory Richard A. Peterson to manage the day-to-day operations. Peterson, who is probably doing a better job than an appointee, is a career government employee and a member of the SES.

Image of Larry Felix courtesy of the Bureau of Engraving and Printing.