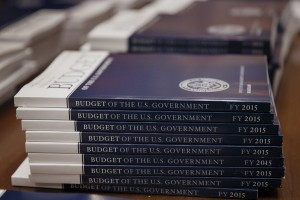 In celebration of a reoccurring activity but the government, on Groundhog Day the President released his Fiscal Year 2016 (FY16) budget request. Forgetting the usual politics surrounding congress’s reaction, the budget for numismatic-related production is largely irrelevant. Since 1950, the Bureau of Engraving and Printing has been funded using income from operations, mostly sale of currency to the Federal Reserve (Public Law 81–656, 31 U.S.C. § 5142). The United States Mint Public Enterprise Fund was established in 1996 to better manage the seigniorage earned from coin production (Public Law 104-52, 31 U.S.C. § 5136).

In short, both money production bureaus will be able to withdraw the money from their respective funds to fully support their operations.

Department of the Treasury requested that the BEP be allowed to withdraw $863 million for operations. The BEP have a total outlay of $918 million but will leverage $50 million from their current operating funds to make up the difference. Using projections from the previous years, the BEP anticipates an order for 8.3 billion notes or a 15-percent increase. Of the area that the BEP will be concentrating on includes additional research into anti-counterfeiting methods, make currency more accessible to the visually impaired, and modernizing the production process in Washington, D.C.

The budget does mention that the BEP was given legal authority to print currency for foreign countries with the approval of the State Department in 2005. However, the BEP has yet to be contracted by any country for this service. Many countries appear more interested in using the polymer substrate produced by the Reserve Bank of Australia than continuing to use cotton-fiber paper, which is favored in the United States.

Funding for the U.S. Mint is different in that while the Federal Reserve pays a fixed fee per currency note to the BEP, they pay face value for the coins they purchase from the U.S. Mint. Even though it costs more than face value to produce the one-cent and five-cent coins, the deficit is more than made up on the quarter dollar, the workhorse of the U.S. coin economy.

To fund its $3.59 billion operation, the U.S. Mint will be allowed to withdraw up to $20 million from their Public Enterprise Fund. That appropriation is only a cushion in case there is a shortfall in the anticipated $4.14 billion revenues. Although the U.S. Mint is now being run by Principal Deputy Director Rhett Jeppson, the organization is unlikely to reverse the production improvements implemented by former Deputy Director Richard Peterson.

One notable statement says, “The 2016 Budget includes a proposal to require the silver coins in United States Mint Silver Proof Sets to contain no less than 90 percent silver. Under current law, the half-dollar, quarter-dollar and dime coins in these sets “shall be made of an alloy of 90 percent silver and 10 percent copper.” Allowing the Mint to have flexibility in this composition will improve efficiency in the production process, lowering the costs for these products.” It appears that the U.S. Mint is asking congress to allow them to use another metal than copper while not changing the silver content. With the cost of copper rising to historic levels, using a less expensive metal on a coin that is not intended for circulation could be a cost savings.

While there will be political fireworks over other aspects of the president’s budget, those of us concerned with the money production by the Department of the Treasury can sit back and worry about other issues.