Do we dump Andy for a woman?

During the course of searching for information, I stumbled upon the website for Women on 20s. It is a site dedicated to replacing the image of President Andrew Jackson with a woman by 2020. The group has targeted the $20 Federal Reserve Note to be replaced 2020 because it is the 100th anniversary of the passage of the 19th Amendment that granted women the right to vote.

Jackson is being targeted because as we look back through the long lens of history, he was not exactly a model person judging by today’s standards. During the War of 1812, Jackson led U.S. Army troops against native tribes working with the British against the United States to regain the lands taken following the colonies’ independence. It was said that Jackson’s troops were brutal against the native tribes on his orders, killing them rather than taking prisoners.

After beating back the British in the Battle of New Orleans, Jackson declared martial law in New Orleans and used his troops to enforce martial law. Aside from having a magistrate arrested who sided with a newspaper reporter writing who was arrested for writing negatively about his rule, he had members of the local militia who sided with the British executed without trial and went on to use it as propaganda to allegedly maintain order.

As president, Jackson’s policies to relocated native tribes lead to the Indian Removal Act that codified his policies. This lead to the “Trail of Tears” that forced the relocation of Cherokee, Muscogee, Seminole, Chickasaw, and Choctaw nations from their ancestral homelands in the southeast to an area west of the Mississippi River that had been designated as Indian Territory. It is considered the most violent and brutal act against the native tribes in United States history.

To have Jackson’s portrait on the United States central banks’ currency is also a bit ironic. Jackson was against the concept of a central bank and refused to renew the charter of the Second Bank of the United States and vetoed the bill to continue its charter. After winning election in 1833, Jackson withdrew all of the country’s funds from the bank limiting the bank’s ability to conduct business. He gave power to local banks to lend money and issued the Specie Circular, an executive order requiring government transaction be done in gold and silver coin (specie). 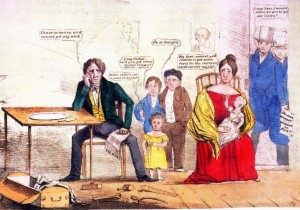 With the western expansion and federal lands being made for sale and the requirement that duties were to be paid in gold and silver, this created a run on banks that could not provide the hard currency necessary for people to exchange their banknote. Although Jackson paid off the country’s debt in 1835, the only year it has ever been paid off, the squeeze on currencies, lack of central management of money, corrupt bank practices, and reckless land speculation by railroads lead to the Panic of 1837. The resulting depression lasted five years and included the default of many banks and the treasuries of many states. Remember, this was long before the deposits were insured by the federal government.

The Women on 20s organization does not believe that this should be the legacy honored on U.S. currency. But if we look into the history of all of the men on U.S. currency, there are aspects of their pasts and personal lives that would make some blush, including Benjamin Franklin’s common law wife and illegitimate son. 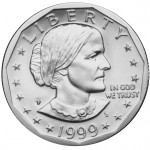 Women on 20s do recognize that suffragette Susan B. Anthony did appear on a one dollar coin but the coin failed because of its confusion with the quarter. They also recognize that Sacagawea, the Shoshone guide to Meriwether Lewis and William Clark, appears on the current one-dollar coin. Aside from the 2003 Alabama State Quarter, no other woman has appeared on circulating coinage (they do not count commemorative issues). Since neither dollar coin has circulated well and since the Alabama quarter was a temporary issue, the organization believes a better tribute is warranted.

To decide who they will try to lobby to appear on the $20 note, the organization started with 15 candidates. Voters were asked to select thee of the 15 candidates in this preliminary round. The top vote-getters will be subject to another final voting round. 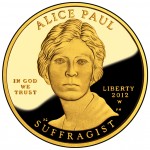 Women on 20s reported that 256,659 people had cast ballots when the first round ended on April 5, 2015. They reported that Eleanor Roosevelt, Harriet Tubman and Rosa Parks were named by as many as half of the voters as one of their top three. They added Wilma Mankiller to the final ballot. Mankiller, the first female Chief of the Cherokee Nation and the first female to be a chief of a native nation, was added because of a claimed “strong public sentiment that people should have the choice of a Native American to replace Andrew Jackson.” 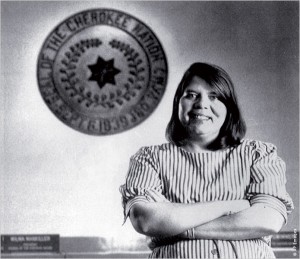 Voting is open at the time this is being written. There is no closing date listed on their website.

Design changes to any Federal Reserve Note can take 3-5 years to complete.

NOTE: I contacted the Women on 20s organization for comments via email. That email has not been returned at the time of writing this article. If they answer my questions, I will publish them in a follow up post.