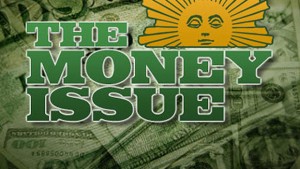 The U.S. Mint has sent out a press alert saying that CBS Sunday Morning will air two segments this Sunday, April 12th, that may be of interest to collectors. The first segment will focus on the artists and engravers in Philadelphia and the role they play in the coin-making process. The segment will also look at some of the Philadelphia Mint’s history.

A second segment will look at the penny and the debate about whether or not it should be eliminated.

CBS is branding this show “The Money Issue” with CBS News Senior Business Correspondent Anthony Mason as the guest host. The four scheduled segments include “What’s in a name” examining the art of branding; “The Look of Money” with Anna Werner showing the design process as the U.S. Mint’s press alert said; Correspondent Nancy Giles reports on “Making sense of pennies” and the great elimination debate; Mo Rocca who reports on “Pirate Joe’s” and the grey market of food; and more.

CBS Sunday Morning is usually hosted by Charles Osgood and airs at 9 am Eastern Time. Check your local listings to see when it airs in your region.

Images courtesy of CBS and cbsnews.com