Women on 20s gets congressional attention

A few weeks after the Women on 20s group began their campaign, they gained the attention of congress to have two bills submitted to require the change be made.

First up is Sen. Jeanne Shaheen (D-NH) who introduced Women on the Twenty Act (S. 925) on April 14, 2015 and referred to the Committee on Banking, Housing, and Urban Affairs, the bill is eight co-sponsor. All eight co-sponsors are Democrats and six are women.

The Secretary of the Treasury shall convene a panel of private citizens of the United States to advise and make recommendations to the Secretary regarding the likeness of a woman to appear on the face of $20 Federal reserve notes. In carrying out the requirements of the preceding sentence, each of the Secretary and the panel shall consider and weigh input provided by the American people.

Essentially, unless the wording is changed, there is nothing in the above statement to require a woman appear on the $20 Federal Reserve Note. “Thank you for your recommendation,” a Secretary of the Treasury can say, “and have a nice day.” 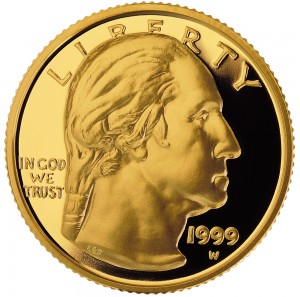 There is precedent for the Secretary of the Treasury to ignore recommendation. Famously, Secretary of the Treasury Andrew Mellon ignored the recommendation by the Washington Birthday Bicentennial Committee and the U.S. Commission of Fine Arts to use the design by Laura Gardin Fraser. Mellon suggested that Fraser’s design was not based on the bust of Washington by Jean-Antoine Houdon and selected the design by John Flanagan. Even though few thought Flanagan’s design was better, Mellon, a known misogynist, refused to accept a recommendation.

Adding to the fray is a bill introduced by Louis Gutierrez (D-IL) whose title currently appears similar to that of Sen. Shaheen’s bill. Gutierrez’s bill (H.R. 1910) has no co-sponsors and was assigned to the House Financial Services Committee. As this is being written, the bill has not been published by the Government Printing Office making it difficult to compare this with S. 925.

Considering my last post about this topic, it will be interesting to see how this turns out. If I was to guess, one of the bills will be passed at the end of a session either by unanimous consent or an overwhelming vote in favor. A design will be produced but not in time to celebrate the 100th anniversary of suffrage. The wheels of politics and bureaucracy moves too slow and the engravers need time to engrave the plates.