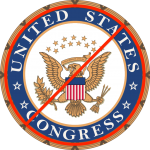 The day after announcing the end to mail order purchasing, the U.S. Mint issued a statement saying, “The United States Mint is currently analyzing a policy change to discontinue the distribution of mail order forms in 2016.”

Product brochures that will be mailed in January will not contain a mail order form, probably because the production has been completed and would be too expensive to change at this time.

Word on the street says that a few people complained to their member of congress who then contacted the U.S. Mint. Although there are rumors as to the congress person that made contact with Treasury officials, there are no reports confirming the identity of the suspect.

Once again, congress proves that you cannot run the government like a business because in a business, the Board of Directors can demonstrate a modicum of common sense.