Proof reading is one way to avoid errors 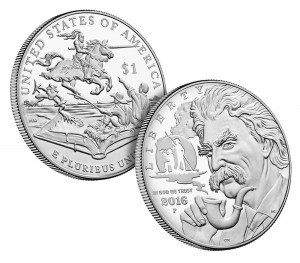 One of the greatest mysteries of 2016, so far, has been resolved! According to Dave Harper at Numismatic News, the delay in the release of the 2016 Mark Twain Silver Dollar commemorative coin was because the of the Certificate of Authenticity.

Apparently, someone forgot to proof read everything and the COAs were printed with the same information. Rather than distribute the wrong COA, which would have been interesting, the U.S. Mint had them reprinted. Citing an inventory issue, they delayed the sale of the silver dollar. It was not the inventory of coins that was the problem. It was the inventory of the complete package including the COA that caused the delay.

Packaging errors usually do not bring a premium. While they can be amusing, collectors have treated packaging errors as a nuisance. This would have been a fun error to keep around.

As an aside, I noticed that the 2016-W Mark Twain $5 Gold Proof Coin is listed as “Currently Unavailable” on the U.S. Mint’s website. The uncirculated coin is still available. Although there is a mintage limit of 100,000 gold coins regardless of strike type, there is no indication if this is the result of a sell out or a lack of inventory. Stay tuned. 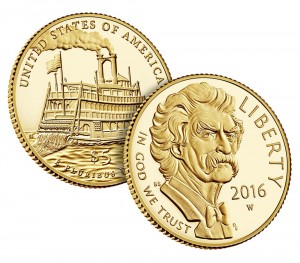