Government gets aluminum cent to keep the integrity of the hobby 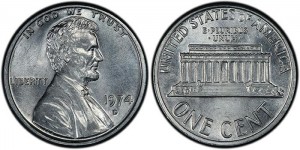 Once again the U.S. Mint is saving us coin collectors from ourselves and preventing a legally obtained collectible from being owned by the collecting public. In a canned statement that had to have been copied from previous canned statements, U.S. Mint Principal Deputy Director Rhett Jeppson said that the agreement to return the only known version of a 1974-D Aluminum Lincoln cent pattern “is not only good for the integrity of the coin collecting hobby but for the integrity of the government property and rule of law.”

In 1974, as part of the effort to find a composition that would replace the 95-percent copper planchet for the one-cent coin that was used at the time, the U.S. Mint struck 1.4 million as patterns with the intent on destroying all of the coins struck when completed.

Congress did not like the concept fearing that their silver color would confuse them with other coins. Additionally, the aluminum composition could not be detected in vending machines nor would show up on an x-ray if swallowed. The coins were melted down.

Patterns that were struck for this test were made entirely in Philadelphia.

Which brings us to the story of the 1974-D cent pattern in this story.

Harry Lawrence who retired as deputy superintendent of the Denver Mint in 1979 owned this coin. Lawrence died in 1980. Harry’s son, Randall, discovered the coin in 2013 after moving to La Jolla from Denver and selling a bag of his father’s old coins to Michael McConnell at the La Jolla Coin Shop.

McConnell had the coin graded by Professional Coin Grading Service as MS-63 and determined it to be a genuine pattern. They were going to offer the coin for auction when the government stepped in to stop the sale and demanded its return. 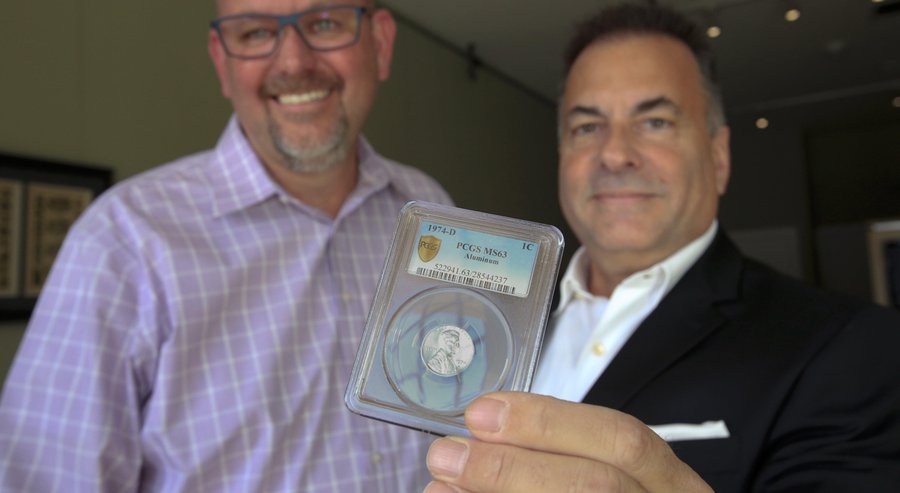 There is one caveat to this story: there is no record of Denver ever striking such a coin. According to Randy Lawrence, the coin was given to his father when he retired from the Denver mint.

When Lawrence and McConnell sued the government to end the demand order, it is reported that Alan Goldman, former interim Mint director who headed the aluminum cent project, speculated in his deposition that the coin might have been made as part of a practical joke. Goldman allegedly named a suspect whose name was not released but is reported to be deceased.

The ensuing lawsuit lasted about two years and was settled today with McConnell returning the coin to the U.S. Mint on March 17, 2016.

The precedence this ruling is more dangerous for the hobby than people think. The most important issue is that it puts into jeopardy the status of the five 1913 Liberty Head nickels. Created under allegedly similar circumstances, the U.S. Mint has no record that these coins were ever produced. Although the government has tacitly agreed not to pursue that coin, there may be a time when someone with a more parochial view might use this situation to recover alleged chattel as property of the state.

Rulings like this will likely keep any surviving 1964-D Peace dollars hidden from the public. This will partially bury the history of turmoil in the coinage markets of the early 1960s. Hiding history is never good for anyone.