The Gold Merc is coming

If you read my Baltimore show report, you might have noticed that I included images of the Mercury Dime 2016 Centennial Gold Coin. According to the U.S. Mint, the coin is scheduled to go on sale on April 21, 2016 at noon Eastern Time. 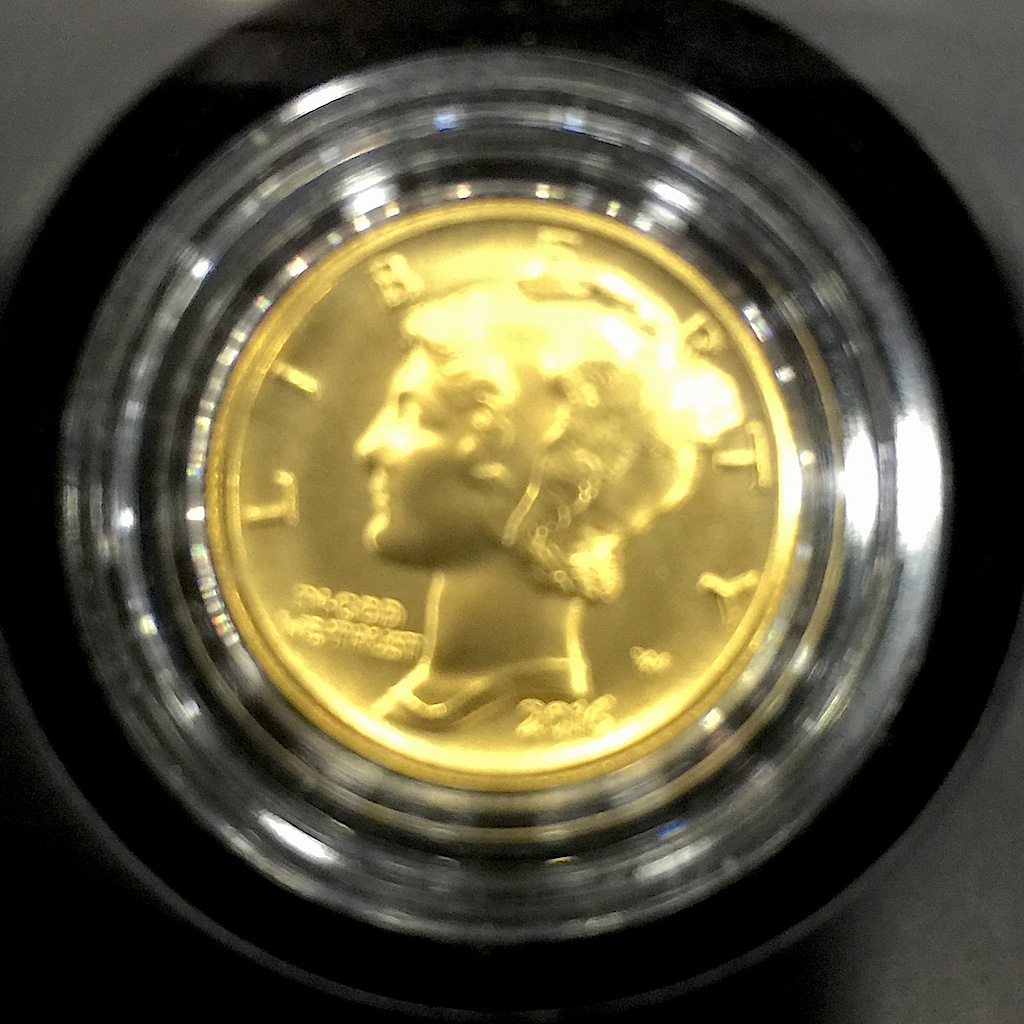 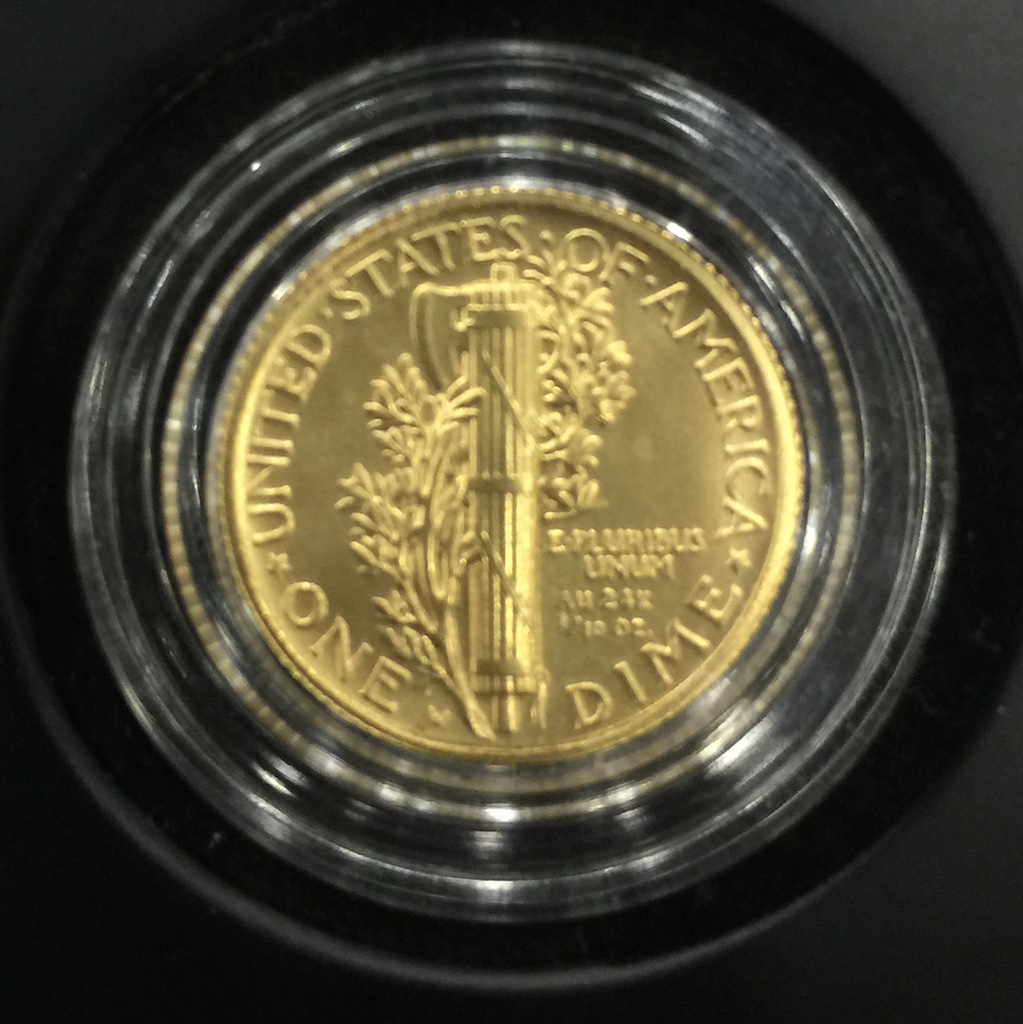 With a mintage limit of 125,000 and struck in West Point, the coin will be struck on a 24-karat (.999 pure) gold planchet. It will differ from the original Mercury Dime in that it will be dated 2016. On the reverse the coin will have the “W” mintmark since it will be struck in West Point, include “AU 24K” and “1/10 OZ.” to note that the coin will contain one-tenth ounce of gold. Otherwise, it looks exactly like Adolph A. Weinman’s design that was used from 1916 through 1945.

To make this coin, the U.S. Mint is exploiting a loophole in the law that authorized the American Buffalo 24-Karat Bullion Gold Coins program (31 U.S.C. § 5112(q)). According to the law, after the first year of issue (2007), the Secretary can change the design of the coin as long as the design is reviewed by the Commission of Fine Arts and Citizens Coinage Advisory Committee. The U.S. Mint used this law to authorize the 2009 Ultra High Relief coin and the fifty year celebration of the Kennedy half dollar in 2014 with the dual date.

The original Winged Liberty “ Mercury” Dime was a silver coin produced as a result President Theodore Roosevelt’s “pet crime” where he thought U.S. coin design was hideous. Weinman was Augustus Saint-Gaudens’ student who is credited with finishing the work on Saint-Gaudens coin designs after the master sculpture’s death. It was not one of Weinman’s favorite works but it is beloved by collectors.

As a collector who has an almost complete collection of Mercury dime (missing the 1916-D), I was skeptical about the visual appeal of the coin in gold. When I open the folder, I see 30 years of silver coins. Since I try to keep my collection at extra fine (XF) or better, you can get used to seeing that beautiful silver color. When I saw the gold coin in a size that is close to the original dime in the presentation box at the Whitman Expo, I thought it made for a beautiful tribute.

Pricing of the coin will depend on the London Bullion Market Association (LBMA) afternoon price of gold on Wednesday, April 20. That number will be plugged into their pricing grid to determine the opening price of the coin. For example, the LBMA PM price of gold on April 14 is $1,233.85 per troy ounce. If this was the basis of the opening price, we would look up in the table for the price range $1,200.00 to $1,249.99. Since this is an uncirculated business strike coin struck under the American Buffalo act, the table shows that the coin would open at $194.00.

Using my example, this would give the coin a $70.61 or 36-percent numismatic premium over the spot price, which also takes into account U.S. Mint production costs (materials, labor, packaging, etc.).

Putting on my prognosticator’s hat, I predict that the price of gold will go up enough that the opening price will be $199.00.

NOTE: I am just a blogger making a prediction. If you want a better market analysis, ask a professional advisor. They may have a more informed opinion, but we are all just throwing ideas up against the wall trying to figure out what will stick!