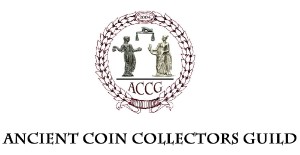 Here we go again… the government want to take your ancient coins away from you.

This is different from other conspiracy theories because since there is no mechanism for them. Here, foreign governments are working in collusion with the United States Department of State Cultural Property Advisory Committee (CPAC). The problem with CPAC is that it is not a real committee. They are largely a rubber-stamp part of the State Department’s Bureau of Educational and Cultural Affairs kowtowing to any foreign government who feels that items found in their country have been stolen from regardless of the evidence. This includes common ancient coins or coins that were removed from circulation long before the existence of the 1970 UNESCO Convention that created this situation.

If you want to read a more extensive discussion on the problems facing collectors of ancient coins, read my post “An ancient dilemma” from 2014.

The information comes from the Ancient Coin Collectors Guild (ACCG). Even if you are not a collector of ancient coins you should appreciate that the problems with governments wanting to stop your hobby. If they go after the ancients, what is to prevent these countries from trying to recall obsolete money? We need to support the ACCG and the community to prevent overreach by foreign governments and a committee who does not care what the coin collectors think.

The State Department’s Bureau of Educational and Cultural Affairs and its Cultural Heritage Center have announced a comment period for a proposed extension of a Memorandum of Understanding (MOU) with Cyprus.  See https://www.federalregister.gov/articles/2016/08/10/2016-19018/notice-of-meeting-of-the-cultural-property-advisory-committee

The U.S. Cultural Property Advisory Committee will review these comments and make recommendations based upon them with regard to any extension of the current agreement with Cyprus.

According to U.S. Customs’ interpretation of the governing statute, import restrictions authorized by this MOU currently bar entry into the United States of the following coin types unless they are accompanied with documentation establishing that they were out of Cyprus as of the date of the restrictions, July 16, 2007:

1. Issues of the ancient kingdoms of Amathus, Kition, Kourion, Idalion, Lapethos, Marion, Paphos, Soli, and Salamis dating from the end of the 6th century B.C. to 332 B.C.

2. Issues of the Hellenistic period, such as those of Paphos, Salamis, and Kition from 332 B.C. to c. 30 B.C. (including coins of Alexander the Great, Ptolemy, and his Dynasty)

Simply because, our silence allows the State Department bureaucrats and their allies in the archaeological establishment to claim that collectors have acquiesced to broad restrictions on their ability to import common ancient coins that are widely available worldwide.   And, of course, acquiescence is all that may be needed to justify going back and imposing import restrictions on more recent coins that are still exempt from these regulations.

Under the circumstances, please take 5 minutes and tell CPAC, the State Department bureaucrats and the archaeologists what you think.

How do I comment?  Go to  https://www.federalregister.gov/articles/2016/08/10/2016-19018/notice-of-meeting-of-the-cultural-property-advisory-committee  to submit short comment just click on the green box on the upper right hand side of the above notice that says “submit a formal comment” and follow their directions.
If you are having trouble, go to the Federal eRulemaking Portal (http://www.regulations.gov), and enter Docket No. DOS-2016-0054 for Cyprus, and follow the prompts to submit comments. What should I say?  The State Department bureaucracy has dictated that any public comments should relate solely to the following statutory criteria:

(See 19 U.S.C. § 2602 (a).)   Yet, collectors can really only speak to what they know.  So, tell them what you think within this broad framework.  For instance, over time, import restrictions will certainly impact the American public’s ability to study and preserve historical coins and maintain people to people contacts with collectors abroad.  (These particular restrictions have hurt the ability of Cypriot Americans to collect ancient coins of their own culture.)  Yet, foreign collectors—including collectors in Cyprus—will be able to import coins as before.  And, one can also remind CPAC that less drastic remedies, like regulating metal detectors or instituting reporting programs akin to the Treasure Act and Portable Antiquities Scheme, must be tried first.   Finally, Cyprus is a member of the European Union, so why not allow legal exports of Cypriot coins from other EU countries?

Be forceful, but polite.  We can and should disagree with what the State Department bureaucrats and their allies in the archaeological establishment are doing to our hobby, but we should endeavor to do so in an upstanding manner. Please submit comment just once, before the deadline on September 30, 2016.

Thank you for your help,