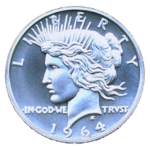 Last I reported, I had travelled to Philadelphia to see the students at Juaniata Park Academy that we raised money to visit the U.S. Mint and Federal Reserve. I did make it to the school despite the flat tire and other problems my Chevy Avalanche experienced along the way. We did have a one-hour visit to talk about coins, currency, and the history they reveal. I had a lot of fun. Rather than talk about it in this update, I will write a longer post soon.

Counterfeiting is on the rise. The number of reported arrests for counterfeiters has increased. Some of it may be attributed to the largest seizure of counterfeit currency in Peru. Although not confirmed, there is speculation that the arrests in Peru provided leads into the distribution network. The Peru notes are amongst the best counterfeits produced outside of the United States. Unfortunately, there is no simple way to determine if you have one of these notes. The U.S. Secret Service has been advising cash-related businesses to be wary of people making unusual large cash purchases.

The U.S. Mint is preparing for an increase in sale of bullion American Eagle coins. Gold is down over $230 since its high in July or $151 since the election. Even with the strong dollar, the lower price of gold and the trust in the American Eagle coin is driving buyers to authorized dealers. One dealer said that 2017 pre-orders are their highest in a while.

The market for silver is facing a similar downward slide. From the $20.17 close in the beginning of August, the price as this is being written is $15.90. A 21-percent drop in silver spot prices is quite large over this period and greater than the 17-percent drop in the gold spot price.

Lower spot prices may be driving speculators to the market. Since the Federal Reserve Board increased the discount rate, the rate they charge for overnight loans to their large customers that are required to have a certain amount of liquidity at market close, by 250 basis points (.25 percent), there are some that believe that the markets are getting ready for a shift. Precious metals are always used as a hedge against inflation investments and may be a sign that some are expecting an economic crash.

A future post will discuss the coin-op industry’s reaction (albeit late reaction) to the GAO Report U.S. Coins: Implications of Changing Medal Compositions (GAO-16-177, Dec. 10, 2015). It appears to be an attempt for the coin-op industry to fight composition changes in U.S. coinage. Although most of their argument reads like a complaint that they do not want to undergo the cost of converting machines, they do make a point in that some of the alternatives has the potential to create a market for counterfeiting coins that would hurt the economy. One example they site is that it may be easier to counterfeit plated steel coins because the technology that checks for electromagnetic signatures of the coins would not be able to detect a real coin from a slug.

Following my post about the scrap industry not being able to return mutilated coins to the U.S. Mint I was contacted by someone in the industry who thanked me for the story. I was asked to emphasize that although the current court case involves companies based in China, the problems affect scrap dealers throughout the United States. Following this conversation, I was able to speak with a broker who has been buying scrap coins from smaller companies who said that the U.S. Mint has been discussing a way forward but in a way that makes it sound like they are not happy with having to deal with this situation. The U.S. Mint will not comment as long as there is an active case in federal courts.

Finally, I am working on creating a weekly newsletter opt-in containing numismatic-related stories from non-numismatic media sources from around the world. I will curate the news that appears in the newsletter but want to automate some of the processes. Automation of the workflow is in progress. Watch for the signup process to appear here soon!