In for a pound 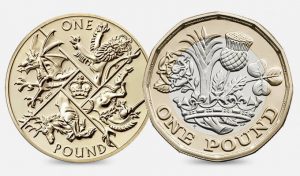 By the time the sun rises on the east coast of the United States, the Royal Mint, on behalf of HM Treasury, will have released the new 12-sided £1 coin. Billed as the most secure coin in the world, the Royal Mint touts the following security features:

Of course, the Royal Mint is offering collectibles for the new pound that includes a “farewell” to the one being replaced nicknamed the “Round Pound.” 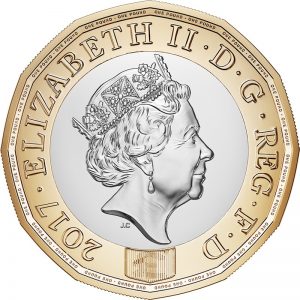 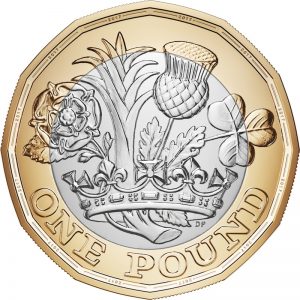 Design and production of the new pound coin have been nearly three years in the making following the discovery of a large number of counterfeit £1 coins. Sources estimated that about 3-percent of the £1 coins in circulation are fake amounting to more than 45 million counterfeit coins. These fakes are so convincing and very well constructed that they can be successfully used in vending machines for payment including in London’s Underground.

The coin-operated businesses in Britain began complaining three years about the changes with reports that only a small fraction of all vending machines will be able to accept the new coin. Each coin-operated machine will have to be reprogramed and recalibrated to detect a coin that will have a different weight, specific gravity, and the electromagnetic signature.

Amongst those systems not ready include the London Underground and several major supermarkets.

While watching the news, I found that British supermarkets charge for people to use their trollies, which are called shopping carts on this side of the pond. I do not know if it is a deposit similar to the carts available at the airports, but could you imagine having to pay to use a shopping cart at your local supermarket? I do not think that would go over well in the United States!

Back in October 2016, the Royal Mint published education material and test coins that the coin-operating machine companies could use to test their equipment. Some of these test coins have appeared for sale on websites like eBay. Since then, there have been weekly stories about the new coin and stories have appeared daily in the British media.

Now that the new £1 coin has been released, it will co-circulate with the round pound through October 15, 2017. Banks will only distribute the new £1 coins while stores and other businesses will be allowed to accept either. During that time, it is expected for coin-operated equipment to be converted as soon as possible.

For collectors, this is an opportunity to collect something that was once a real circulating coin. The current round pound came into existence in 1971 when the UK transition from the pounds, shillings, and pence (£sd) system based on the power of 12 to a decimal system, called decimalization. Of course, when this happened in 1971 the web did not exist and real paper newspapers were the primary means of spreading the information about the new currency. Based on reports, there were some issues during the one-year transition but there were no stories of tragedies once the new money was issued.

Somewhat like the end of the Canadian cent, this is the end for a significant circulating coin. Except the Canadians did not replace the cent while the British are exchanging coins.

Before you write to me to explain about the Trade Dollar, I know it was demonetized in 1876. However, it gained legal tender status again as part of the Coinage Act of 1965.

For those concerned over proposals that the United States change composition of various coins, including the one-cent coin that costs 1.5-cents to produce, watching how the UK handles the change will provide an insight as to how it might be handled here. Except for one problem: The United States does not demonetize coins (see the note in the box to the right). Every coin produced by the U.S. Mint can be used as legal tender at their face value, although it would be foolish to spend a Saint-Gaudens Double Eagle for its $20 face value since its gold content would be worth more!

It will be interesting to see how stiff those proverbial stiff upper lips hold up during this transition.

All images, videos, and British-style English text courtesy of the Royal Mint.