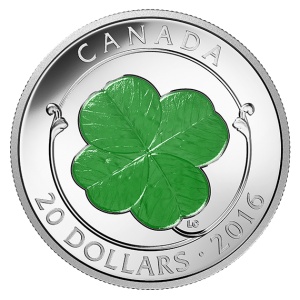 When Patrick was 16, he was captured by Irish pirates and was taken to Ireland as a slave to look after the animals. After six years, he escaped his enslavement to return to his family in Great Britain. After becoming a cleric, he returned to Ireland follow his vision that he was called to help the people.

Patrick was not welcomed when he arrived but worked with the society to convert them to Christianity. Although most of his writings portrayed that he was probably more successful than he was, but after working with the people, first in the northern regions of Ireland, he did find success. He once wrote that he baptized thousands of people and some have written that he baptized hundreds on a single day. Using the native three-leaf shamrock to describe the Holy Trinity, Patrick was promoted bishop and apostle of Ireland. He died on March 17, 461 in Saul, where he founded his first church.

For thousands of years, the Irish have observed the day of Saint Patrick’s death as a religious holiday, attending church in the morning and celebrating with food and drink in the afternoon. The first St. Patrick’s Day parade was celebrated in 1762 when Irish soldiers serving in the English military marched through New York City.

With Saint Patrick’s Day, talk about “the luck of the Irish” and associate the shamrock of four-leaf clover as a lucky symbol. I was thinking if there are coins or currency that would bring you luck. After searching around online for lucky coins there was a common theme: something that is special to you. Here is a composite of the types of lucky coins:

A silver sixpence in her shoe 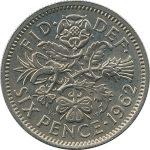 A more specific coin that is supposed to bring luck is the British sixpence. According to the Victorian poem, to bring luck to the marriage, the bride is supposed to wear “Something old, something new, something borrowed, something blue, and a silver sixpence in her shoe.” The lucky sixpence would be placed in her left shoe by her father to wish his daughter good health and great wealth for the couple. Although the sixpence was discontinued in 1971 when the United Kingdom converted from the old system to decimalization. The tradition remains popular in the UK and to a certain degree in the U.S. except a silver quarter is used. 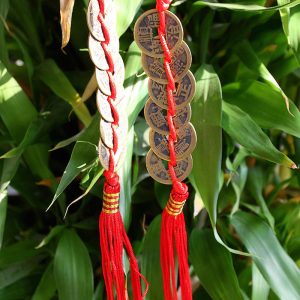 Then there are Feng Shui Coins. These are Chinese lucky coins that are supposed to attract wealth and success. Feng Shui coins are round and have a square hole in the middle. The round shape represents the heavens. The square is a symbol of the four corners of the earth. For luck, Feng Shui coins should be tied together using a red ribbon or thread. The red ribbon is said to activate the power of the coins to protect your existing income and attracting more money.

The number of coins tied together is important. One coin is believed to promote loneliness and will leave you empty. Two is better but does not have the power of rebirth that three does. Three coins tied together represents the heavens, earth, and mankind. Four represents death and not something that would promote Feng Shui. The Chinese do not know why five is not lucky but this is accepted. While three is considered proper Feng Shui, making it more powerful would be three-times-three, or nine, coins.

You can place three Feng Shui coins on top of items to bring them luck. When you do this, it is important to place the Yang side facing up to invite the luck to protect your item. The Yang side is the side with the four characters.

When giving a gift, attach three Feng Shui coins to the package to bring double happiness. It tells the recipient that with the gift you are also wishing them wealth, prosperity, and happiness. Doing this will add to your Feng Shui for giving generous and unselfish wishes.

Numerology is the belief in the divine or mystical relationship between numbers and the physical world. Many people practice a mild form of numerology called a “lucky number.” For those who believe in some type of numerology can turn to the serial number of currency to add to their collection.

One of the more expensive aspects of notaphily is the collection of patterns numbers. Typical patterns are as follows:

Notes that represent dates can bring luck such as one that has your birthdate. For someone born on March 17, 1977, finding a note with the serial number 03171977 or even 19770317 could be very lucky. Since the numbers reset for every series and there are 12 Federal Reserve branches used as a prefix, you have quite a few chances of finding these. 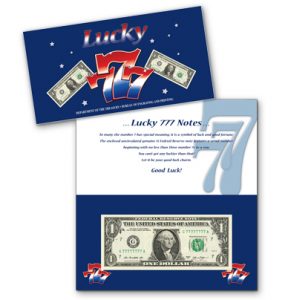 Of course, the Bureau of Engraving and Printing will help. If you go to their website at moneyfactorystore.gov and look under Premium Products, they sell special sets with serial numbers from the current year.

The BEP also sells lucky money that includes the Lucky 7 set. These notes have a serial number that begins with three 7s. You can also buy notes in special Chinese holders with serial numbers that begin with “8888” and “168.” In Chinese, the “eight” sounds similar to the word for “prosper” or “wealth.” Selling the Lucky 8888 note is to help promote prosperity and wealth.

The “168 Prosperity Forever” note plays on the Mandarin pronunciation of the number that sounds similar to “prosperity forever.” If the BEP used the Cantonese pronunciation, they would have the use the serial numbers beginning “768.”

Go find your lucky coin and may you have health and prosperity.