Foreign coins at the U.S. Mint 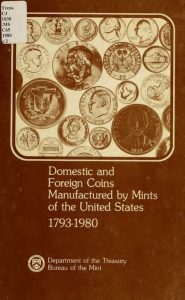 When looking for reference materials, there is nothing better than finding the authoritative source

During this past week, I have been working on two projects to satisfy my curiosity. One of those projects was to find and document all of the coins the U.S. Mint has produced for foreign governments. One of the questions I wanted to be answered was what was the first coin the U.S. Mint produced that was not for the United States and what was the last.

Finding most of the information was easy. After searching a number of online archives and digitized publications, especially the Newman Numismatic Portal hosted at Washington University in St. Louis, most of what I was looking for was printed in the publication Domestic and Foreign Coins Manufactured by the Mints of the United States.

Although I have a printed copy, it would be easier if someone else digitized the book. After poking around a few archives, I found a digital copy and downloaded the entire image as a PDF. Although other formats were available, the PDF image was the most complete and the only one that my optical character recognition (OCR) program was successful in converting the printed page to something a computer can understand.

These printed tables have been updated ever since the Bureau of the Mint began to publish this compilation, which appears to begin around 1905. Prior, bits and pieces have been added to the Director’s report which was submitted to congress as part of a larger report by the Department of the Treasury. The problem is that the tables were created in a matter that would be easier to typeset using the technology of the time. It is not optimal for the person that wants to digitize the information.

I will spare the details, but it took more than two weeks of part-time work to extract the data and format it in a way that made sense for a computer. Even though I felt that it might have been faster to manually transcribe the data, the work will benefit future projects.

Not coincidentally, the last time the Mint published this book was in 1980, the last year they stopped striking accepting orders to strike coins for foreign countries.

The first coins struck by the Mint for a foreign government was the 1876 one centavo and 2½ centavo coins for Venezuela. In 1875, the Mint in Philadelphia struck 8 million of the one centavo and 1.5 million 2½ centavos coins for Venezuela. The composition is reported as being an alloy of copper, nickel, and zinc but there is no record of the ratio. 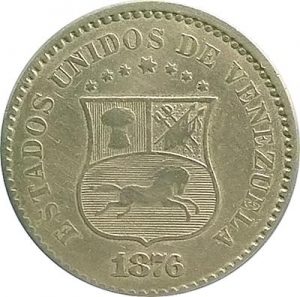 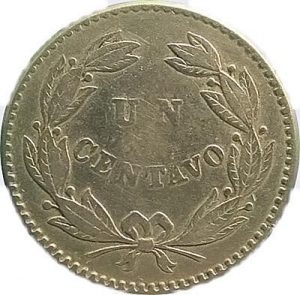 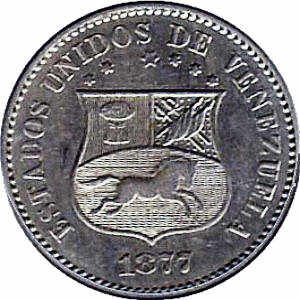 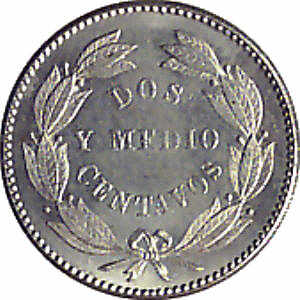 Apparently, it was common for the Mint to strike coins for foreign countries with the following year’s date. In one document, it explained that these coins were struck at the end of the year following the completion of the minting of United States coins. Since coin production and transportation was a bit slower than it is today, it allowed foreign governments to plan for their following year’s demand.

One thing that none of these tables include are the coins struck at the Manila Mint. To help relieve the burden of making coins for the Philippines after they became a colony of the United States, the Mint was allowed to establish a branch mint in Manila. It is the only branch mint outside of the continental United States. The mint opened in 1920 and produced coins in one, five, ten, twenty, and fifty-centavo denominations. Coins struck by this mint bear either the “M” mintmark or no mintmark. The mint was closed in 1941 because of the outbreak of war.

Official records from the Manila Mint are difficult to find because they were not included in the regular Treasury reports. Using a combination of the colonial government reports to congress, which required a trip to the Library of Congress, and the Standard Catalog of World Coins, I was able to compile the data of coins produced in Manila.

Although the list is being edited for consistency in formatting (I like things accurate and pretty), the following is a summary of the coinage produced by the Manila Mint from 1920 through 1941:

When the table is completed and I figure out a way to display the data in a useful form, I will upload it for everyone to reference. I know that there will be some that would disagree with adding the mintage from the Manila Mint to those located in the United States. But the Manila Mint was owned by the United States government at a time that the Philippines was a colony of the United States and was run by administrators that were part of the Mint’s reporting structure. As the editor of the data, that is enough reason for me to include it with the rest of the data of foreign coins produced by the U.S. Mint.