How many foreign coins at the U.S. Mint 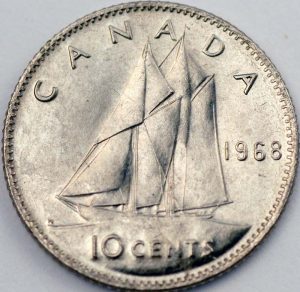 Continuing my self-education into the subject of foreign coin production at the U.S. Mint, the data was normalized to the point where it can be determined the number of coins that were struck for foreign countries. Although the publication I am using as a primary reference, Domestic and Foreign Coins Manufactured by the Mints of the United States, has a table, it is not complete.

After adding the coins struck for Iceland as part of the 2000 Leif Ericsson commemorative program and the coins struck at the Manila Mint, it appears that the Mints of the United States have produced over 10.75 billion coins and sold nearly 650 million planchets to foreign countries. That is over 11.4 billion pieces produced by the U.S. Mint from 1875 through 2000 that were not intended to circulate in the United States.

The following table shows the number of coins produced for each country:

Notes
1 Listings marked “(Blanks)” were those countries who purchased blanks and not struck coins.
2 Coins produced prior to Hawaii becoming a state.
3 Includes coins struck at Manila Mint.

Some of the countries on the list are interesting like striking coins for Cuba until 1960, two years into Fidel Castro’s reign. France was also a surprise until I looked at the data and noticed that the coins were struck in 1944, post World War II. In 1968 and 1969, the Philadelphia Mint struck over 85 million 10 cent coins for Canada. This must have been a capacity issue by the Royal Canadian Mint which I will investigate at another time.

NOTE: For the non-technical among the readers, data normalization the process of organizing the data and making it consistent for use in a database. It makes programming easier when all of the data is consistent. Unfortunately, the data on foreign coin production from the U.S. Mint is formatted so that it can easily be printed. I am trying to fix that.
Credits