This is last article of a 4 part series: 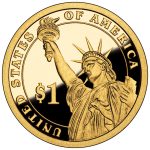 The Presidential Dollar program had an interesting history. Passed by congress in December 2005 and later signed by President George W. Bush, the Presidential $1 Coin Act (Pub. L. 108-145) ordered the U.S. Mint to create a $1 coin to commemorate the Nation’s past Presidents and an accompanying $10 gold coin to commemorate the President’s spouse (First Lady). Coins appeared in order that the president served and the president must be deceased for two year prior to the coin’s issue. Since Jimmy Carter is still living, he was bypassed and the last coin was struck in honor of Ronald Reagan.

For the first time in the modern era the date, mintmark, and mottos “E PLURIBUS UNUM” and “IN GOD WE TRUST” struck into (incuse) the edge of the coin. The last time edge lettering was used on circulating U.S. coinage was in the 1830s.

When the Presidential dollar was struck by the U.S. Mint, the coin went through the normal striking process. To add the edge lettering, the coins were sent to a press that would add the edge lettering before sending the coins to be bagged. With the edge lettering being a new process for the U.S. Mint, it was no surprised that coins left the Mint without the mottos stamped in the edge. Dubbed the “godless dollar” the error caused an uproar over some people suggesting that the government was conspiring against religion by leaving the motto off of the coin. This was described as either a willful omission or a way to attack religion. There was no narrative that accepted that the U.S. Mint said this was just a mistake. Reacting to the outrage, congress passed a law to move the motto from the edge to the obverse of the coin. “E PLURIBUS UNUM,” the date and mintmark was left on the edge.

Other collectible edge errors include the doubling of the lettering. When encapsulated by the grading services, it is called either “DOUBLE EDGE LETTERING” or “OVERLAPPED LETTERING” depending on the service. Doubled lettering is a rarer mistake than missing edge lettering. Similar to the missing edge lettering error, there has been attempts to alter coins to make it look like they have these errors which it is advisable to buy these coins encapsulated by a third-party grading service. 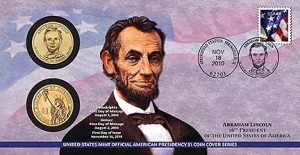 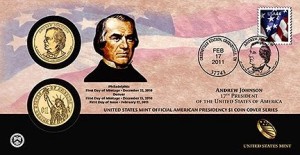 Another option to collecting Presidential Dollars is to collect the coin and medal set. Each specially produced card includes an uncirculated dollar for each president and a 1.5-inch bronze medal of the corresponding first spouse coin. The only difference in design between the medal in this set and the first spouse coin is the medal does not have a denomination. If the president was widowed or not married at the time of his presidency, a special Liberty gold coin was produced. The coin and medal set contains a medal similar to the gold coin. Remember, John Tyler and Woodrow Wilson became widows and then remarried during their term. There are two cards for each president with different first spouse medals. 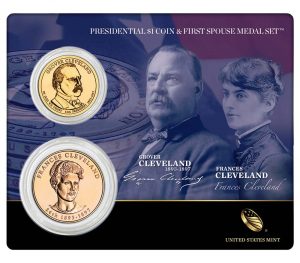 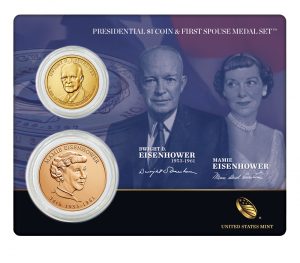 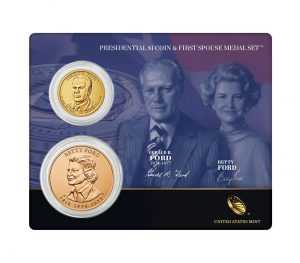 Along side of the presidents, there have been 35 first spouses were honored (Frances Cleveland appeared twice), four different Liberty coins were issued, and one First Spouse coin was issued to honor suffragette Alice Paul.