Collecting Small Dollars: The Susie B

This is first article of a 4 part series:

By the mid-1970s, the appeal of the large dollar had diminished when the U.S. Mint found that the Eisenhower dollar was not circulating. After conducting the study, it was decided to replace the 38 mm (1.5 inches) coin with something smaller.

The U.S. Mint tried testing several different shapes and composition only to be met with opposition from the vending machine industry and their powerful lobby. Even though the U.S. Mint tried to convince congress to approve a multi-sided coin, congress made the decision to change it to a round coin with an eleven-sided inner border.

As the discussions about the coin continued, Treasury proposed a bust of Liberty with a Phrygian hat on a pole, a modern update to earlier designs designed by Frank Gasparo. However, the League of Women Voters lobbied for the inclusion of a woman on a coin. As the idea gained support in congress, chose suffragette Susan B. Anthony for that honor.

When the coin was released to an excited public, the excitement disappeared when it was mistaken for a quarter. Since the coin, nicknamed the Susie B, was only 2 mm larger than the quarter, it did not help that the coin was made of the same alloy and had a reeded edge. It was even denounced by the seeing impaired community as not being distinctive enough to tell the difference tactically.

To extend the collection besides the usual date and mintmark series, a collector may add proof coins and varieties. For circulated strikes, there was an alteration in the design of the 1979 coin that is noticeable around the date on the coins struck in Philadelphia. The 1979-P Type 1 coin is called the Narrow Rim or Small Date variety where it looks like there room between the date and the rim. When looking for Type 2 Wide Rim or Near Date coin, it looks as if the date is almost touching the rim. The Type 1 coin is more plentiful and is inexpensive. The Type 2 Wide Rim coin is less plentiful but still affordable at less than $40 for a nice example. 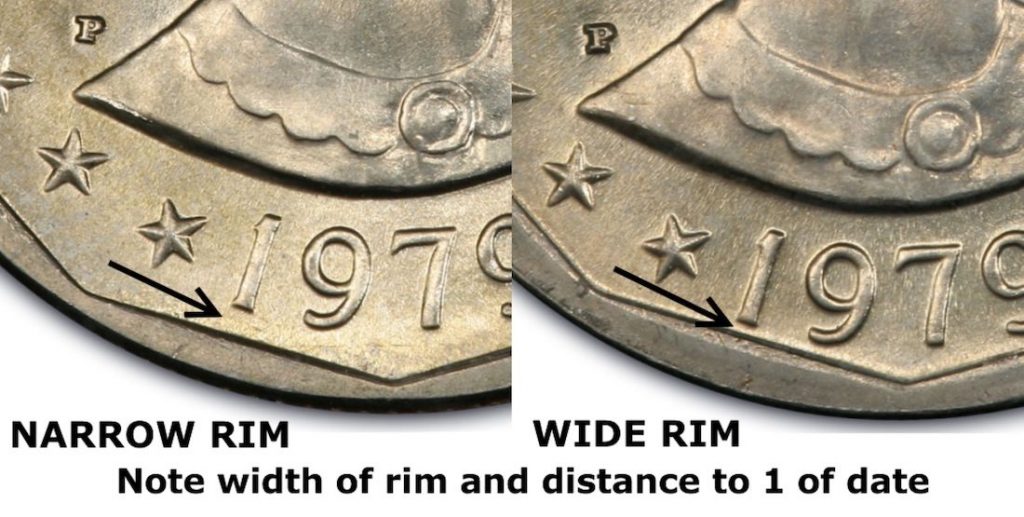 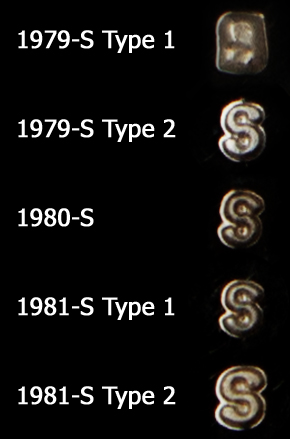 Comparison of “S” Mintmarks on Susan B. Anthony Proof coins

If you add proof coins to your collection, the 1979-S and 1981-S proof coins also have two varieties based on the condition of the “S” mintmark. The 1979-S Type 1 has an “S” that is filled in, almost looking like a blob. It was later fixed to look clearer later in the year creating a Type 2 coin. The difference between the Type 1 and Type 2 1981-S proof coin is subtler. The Type 1 “S” looks the same as the one used for the 1979-S Type 2 and on 1980-S coin. The 1981-S Type 2 proof coin has a much clearer “S” than the others. When trying to assemble a complete series of Susie B Dollars, the 1981-S Type 2 proof coin is the most expensive with an average of $120 and considered the key to the series.

When putting together a complete 16 coin Susan B. Anthony Dollar set, remember that the 1999 proof coin was struck in Philadelphia. It was produced for the regular proof set and in its own presentation case, both are readily available.

In the next installment, we look at the Golden Dollar.