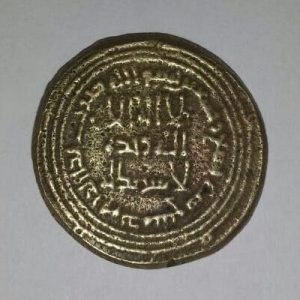 Amateur photos of stolen coins — like this, taken from a cache of images held by a middleman — are sent from phone to phone in the underground trade.

If counterfeit Canadian currency or badly made British pound errors were not enough, the focus is now being placed on antiquities stolen by ISIS from captured areas in Syria and Iraq. The proceeds have been used to fund their activities.

A Wall Street Journal report said that Swiss authorities have been investigating Ali and Hicham Aboutaam, owners of the Phoenix Ancient Art Company with offices in New York and Geneva. It is alleged that items that they have been trading in artifacts looted by ISIS.

In one famous video, ISIS militants were shown destroying artifacts with the voice-over declaring, “These idols and pagans for people in the past centuries were worshiped instead of Allah. When Allah ordered to destroy and remove them, it was an easy matter. We don’t care, even if it costs billions of dollars.”

That may have been a ruse by only showing a few items destroyed since it is estimated that ISIS generates $100-250 million per year selling looted antiquities on the black market.

While art and statues are easy to trace, coins are a different story. Coins can be carried easily in pockets, wrapped in clothes, or just “innocently” thrown into luggage and smuggled anywhere in the world. Detection is difficult and without documentation, they may be difficult to trace.

Reports in the international media note that weak laws and the lure of significant profits have kept the sales of artifacts and looted coins moving through the system. Looted coins have been sold on sites like eBay and Etsy without fear of reprisals because their provenance cannot be proven.

Even though the 1970 UNESCO Convention was agreed upon to stop archaeological pillaging and trafficking of cultural property, the way it is implemented in most countries is to recover the item at its final destination and not in transit. An unsuspecting collector or dealer could be in the position of one of these looted coins but have to face the consequences if they are caught.

The sale of these coins supports ISIS and their terrorist activities. Even after the coins have changed hands several times, they could circulate through the industry and be used by dealers down the like who will continue to trade the coins and using the profits to help fund ISIS.

It would be easy to say to resist buying ancient Syrian or Persian coins, but there are coins that were not stolen and can be legitimately owned. This might be an area that the Ancient Coin Collectors Guild should weigh in on behalf their community.

Until then, try to limit your purchases to reputable dealers and dealers you know.