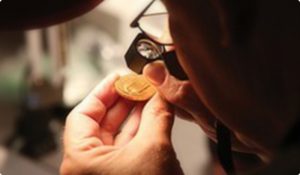 Over the last few weeks, I have been working on a few writing projects that include primers about collecting numismatics. While some of these articles have allowed me to repurpose blog posts, I have had to create some content not posted before.

In the past, I posted a few including the series on small dollars and about Seated Liberty Dime Varieties. They were posted as regular articles because I thought they would be of general interest.

A few may not make for exciting reading but could be used as a reference for those interested. Last week, I added one of those articles rewritten for the blog and posted it under the Collector’s Reference menu.

“A Collector’s Guide to Understanding U.S. Coin Grading” is a simple overview of coin grading. It starts with a short narrative that explains the origin of coin grading and its standardization. It is not an extensive overview. It is just the basics to give a collector an idea of the evolution.

This is followed by three tables:

It ends with a section on a summary of the “eBay Coin Grading Policy.” There are aspects of their grading policy I did not know until I read eBay’s rules carefully.

If you find these types of write-ups helpful, let me know. I can convert some of the other guides into posts for the community.