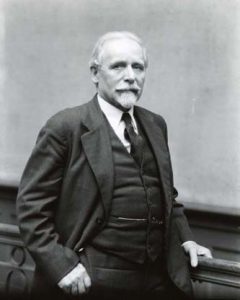 Although the U.S. Mint has started shipping American Palladium Eagles, few have been available on the daily market. Most bullion dealers are offering these coins as a pre-sale with the expectation of receiving their coins on or about October 10 for shipment shortly thereafter.

Pre-sale prices are averaging $85-200 over the spot price, which is currently $928.00 on the world market. Since the U.S. Mint only sells coins to authorized dealers, those dealers will act as wholesalers down the chain. Each time a coin changes hands, there will be a markup. A coin can pass through a few hands before being offered for sale to the public.

And these prices are before the dealers rush to slab these coins. I am sure those grading MS-70 will go for significant premiums!

If you are interested in buying the coin, I would recommend shopping around. However, if you have a favorite dealer and there is not much of a difference between an online price and the dealer, you may want to consider supporting your local dealer!

Check the sofa! THREE WEEKS left to spend £500m worth of old £1 coins

Shoppers have been reminded by the Royal Mint that the deadline for using the round pounds is October 15, before they are replaced forever by a 12-sided coin.

After more than a thousand years of service, the Paris mint has thrown its doors open to the public with a vast exhibition of treasures, collectors' coins and a view of the craftsmen in their workshops.

Congressman Richard Neal has been leading the effort to mint the coin celebrating the sport’s anniversary.

The $1 bill has run its course

When I become the Supreme Overlord of the Earth and all its satellites, or Secretary of the Treasury (I plan on becoming one of those …

A new 50p coin celebrating Sir Isaac Newton can now be snapped up by people visiting his birthplace and family home. Just 375 of the coins are being released into tills at Woolsthorpe Manor in Lincolnshire.

A Sheffield man who collects rare banknotes and coins says South Yorkshire people can make plenty of money as Britain makes the switch to polymer currency.