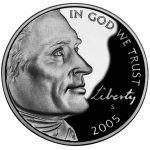 What would it take to put together a modern type set?

How would you define a modern type set?

This is the summary of the email conversation I have been having with someone looking for an interesting challenge to work on with his children.

For new readers and those new to numismatics, a type set is one coin of every type regardless of date or mintmark. Although some coins have one-year types, like the 50 State Quarters, there are others where one coin will represent an entire series, like the Roosevelt Dime.

While there are a lot of interesting coins types we focused on modern coins. Modern coins are those struck since 1965 when coins went from silver to copper-nickel except for the Kennedy half-dollar that was made of 40-percent silver through 1970. To budding young numismatists, modern coins are all they know.

In fact, all they know is that the quarter has a constantly changing reverse and they have seen differences in the Lincoln cent and the Jefferson nickel. They did not go through the fiasco of the Susan B. Anthony dollar or marvel at the first circulating commemoratives of the modern era: the dual-dated bicentennial coins. They were not around to search boxes of Cheerios for the new Sacagawea dollar coin or the millennial cent. 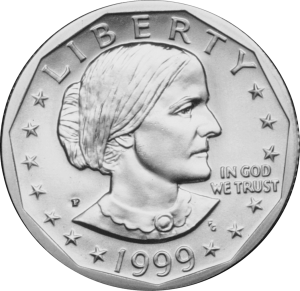 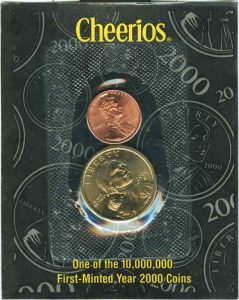 Modern coins do not get the same love as some of the classics. Aside from not containing silver, there have been controversies over designs (see the “spaghetti hair” that George Washington was sporting on the 50 State Quarters) and how the relief on coins has been lowered by the U.S. Mint in an attempt to extend die life. 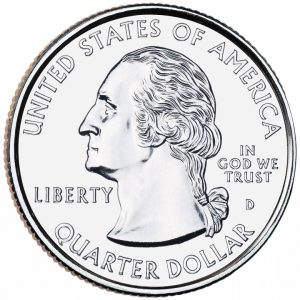 Obverse of the 50 State Quarters with Washington’s spaghetti hair 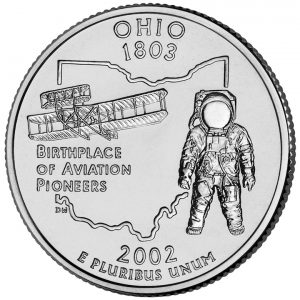 2002 Ohio Quarter with the hanging astronaut 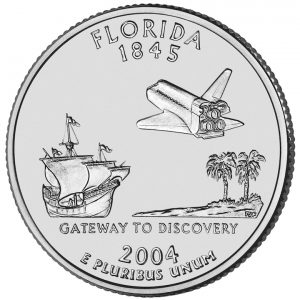 2004 Florida Quarter with a jumble of stuff

Although people love the classic designs two of my favorite designs of the modern era is the Drummer Boy reverse on the Bicentennial quarter and the Thomas Jefferson portrait on the obverse of the 2005 Westward Journey nickels. And even though I have not written much about them, there are some fantastic designs in the America the Beautiful Quarters series. A few that you may want to take a second look at include 2017 Ellis Island, 2017 George Rogers Clark National Historic Park, 2016 Shawnee National Forest, and the 2015 Blue Ridge Parkway quarters just to name a few.

A few of the great America the Beautiful Quaters designs 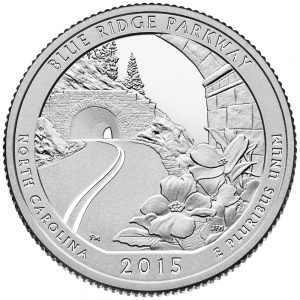 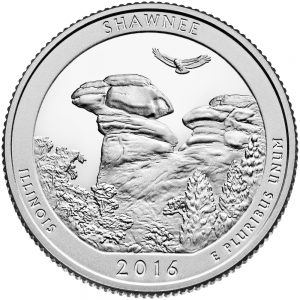 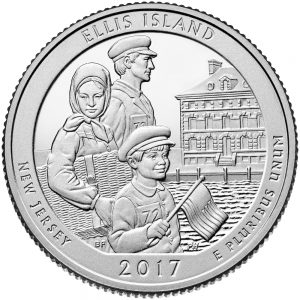 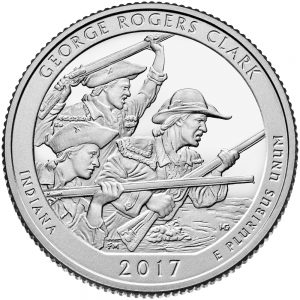 Sitting with a Red Book, I started to list the coin types that would make up a modern type set. If we limited the set to circulating coins (e.g., not including half-dollars and one-dollar coins) that can be found in pocket change, there would be 128 coins with a face value of $28.97.

The above table does take into consideration the entire 56 Amercia the Beautiful Quarters series including future issues. The kids have to understand the concept of future issues and maintain space for these coins in their album.

Starting the set with pocket change allows the kids to get used to the concept of looking at the coins to understand what they are looking for. To help with their search each child was given a Red Book and two apps on their iPads: PCGS CoinFacts and PCGS Photograde. They can use the Red Book as a handy off-line reference but use PCGS CoinFacts to learn more when they have access. Photograde is very useful to help them assess the condition of the coins.

While collectors have a basic understanding of coin grading, getting it right can be difficult. These kids were given a basic lesson on things to look for when trying to assess the condition of the coins they find. It will be interesting to see how they interpret this information.

Once we covered coins that can readily be found in circulation, we then discussed the other business strikes that are usually not found in ordinary pocket change.

After an interesting discussion, it was decided to make those a separate collection.

As a separate collection, this will give the kids an opportunity to go to dealers and coin shows to allow the kids to learn about buying coins in this environment. They will learn how to talk with a dealer, gain experience negotiating, and do some comparison shopping. It will let them get the experience and see different coins but maintain a collection discipline that will allow them to learn to collect on a budget.

What are the modern type coins that do not see a lot of circulation? Once again, I sat with the Red Book and came up with the following list:

To complete the task, I came up with a checklist for all of the modern coins in two formats. One is a printed version that they could keep in their pocket as they go about their day. The other is a spreadsheet that can act as an official record. The paper version is a very basic PDF file that can be used to write notes. The spreadsheet offers more information. It also allows them to come up with their own catalogue.

Both files are attached for you to use (see the Creative Commons Attribution-NonCommercial-ShareAlike 4.0 International License for text of the permissions granted with this release).

It will be interesting to see what these kids do!