A growing problem in the collecting industry

It is difficult to turn on the television, read the news, or visit social media without the tragedies of the day smacking us in the face. Although crime statistics are the lowest it has been in generations, there are some crimes that have seen a rise. Those are the crimes that are given the headlines and the most airtime on the news.

Unfortunately, the news extends beyond the mainstream but extends to Main Street.

Numismatics has not been a stranger to the criminal element. If it is not embezzlers using coins to defraud people and governments, there are the counterfeits primarily coming from China. Now there are two new scams that the industry has to watch.

Counterfeiting currency is definitely not a new issue. Counterfeiting the currency that is supposed to be the most secure is something that is now hitting the mainstream, especially in countries that have adopted the use of polymer notes, is important news.

Police in Saskatoon, Saskatchewan has reported the confiscation of 72 bogus Canadian banknotes. Counterfeiters are using a combination of printed plastic sheets and physical cut-and-paste of lower denomination notes to mimic higher denomination notes. 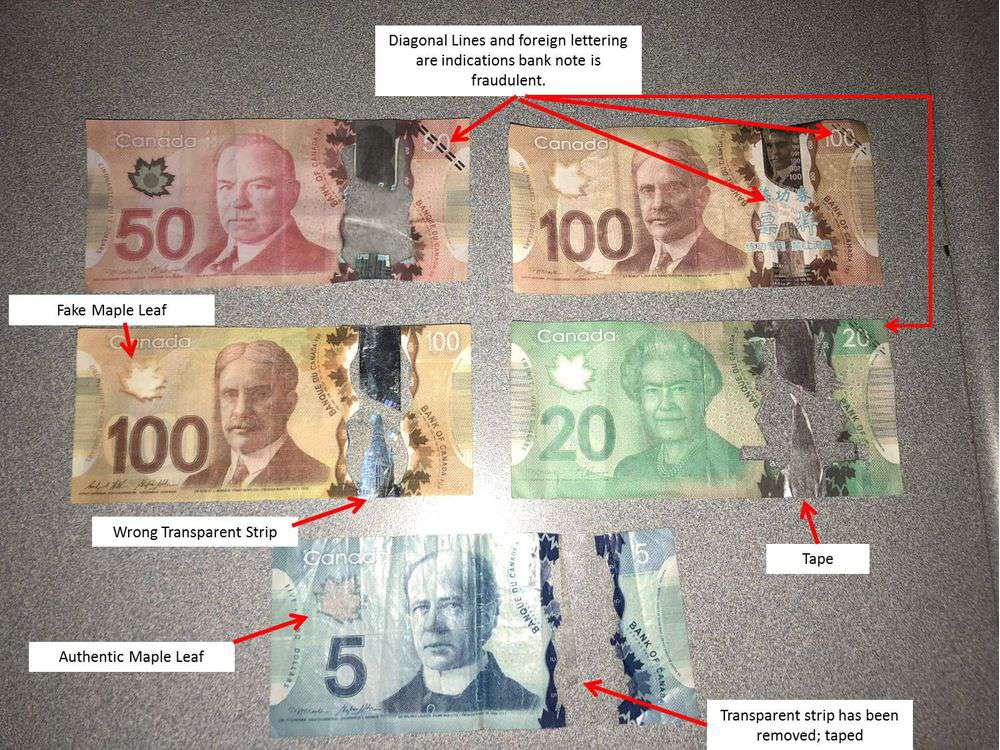 Within the same news feed, the Bank of England issued warnings and additional guidance after counterfeit notes were used for purchases at pubs in Lincolnshire. Many stories from the U.K. suggest that the people do not seem to like the new polymer notes, but this does not seem to help.

The Reserve Bank of Australia (RBA), Australia’s central bank and the primary developer of the polymer substrate used around the world, has found that their currency is under attack by industrious forgers. One particular forger found a plastic substrate similar to the polymer developed by the RBA. The forger bought one high-quality commercial printer from the used market and rented two others to print Australian $50 notes.

According to the reports, the $50 note was picked because it provides is common enough to be used in daily transactions (AU$50 is equivalent to US$39.06 as this is being written) and high enough of a denomination to be cost-effective for the forger. Remember, forgery may be a crime but it is a business. 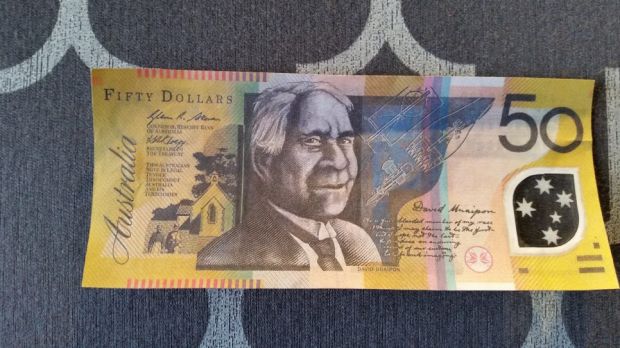 Although these issues have not directly affected the collectible currency market, it has had an effect on the dealers when their customers pay in cash. Even with the rise of electronic transactions, many European dealers continue to do over-the-counter sales using cash. In some countries, like Germany, cash is still king even when purchasing rare coins.

While discussing these issues with a dealer based in Germany, it was reported that he will not accept large sums of cash from customers he has not done business with in the past. This dealer does not accept credit card payments over 200€ or for any bullion-based transactions. His regular customers can directly wire the funds to a special account the dealer set up. Others must use certified bank checks.

This is not to suggest wire transfers are safe. In a blog post on Kovels.com, they have been contacted by antique dealers that reported money stolen by wire transfers. According to the blog post:

The fraudsters hack your emails and insert their own email, cloned to look like an email from a trusted person, into your email stream.  They then request a wire transfer — providing all needed wire instructions — for something that looks legitimate. Once a bank wire is sent, it is extremely difficult, if not impossible, to get the money back.  If you need to send a wire, be sure to use “old” technology and confirm on the telephone with someone that you know!

Even though I am no longer in the information security business, it is still my obligation to remind you that EMAIL IS NOT A SECURE FORM OF COMMUNICATION! Email is the electronic equivalent of a postcard. Any message you send, unless it is encrypted, can be read, scanned, snooped, and even altered by anyone, anywhere, at any time.

I used to hear that line when I taught a senior-level college class on information security. Using a laptop connected to an overhead projector, I was able to show the class how easy it was not only to create spam but to make it look like an email was sent by someone else. I was also able to demonstrate how to read the email traffic on the local network with a few keystrokes. Are you using wireless connections? You just made stealing your information easier for the hacker.

Counterfeiting and wire fraud are not just problems for dealers. When dealers are defrauded by these criminals, they have to recover the money in some way. Insurance does not cover all losses or the extra security that will be required to protect their transactions. Prices will have to go up to cover the losses and the future costs of doing business.

The cost of doing business in this environment is not a trivial subject. While dealers of all types of collectibles want you business, fraudsters are making it difficult for dealers trust the off-the-street buyer. This makes counterfeiting and fraud a problem for everyone.