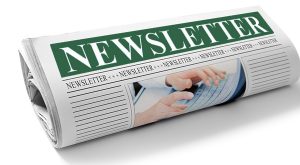 The news article that caught my eye this week is a commentary produced on the website for WDEL, a radio station in Wilmington, Delaware about an advertisement that appeared in Wilmington’s News Journal newspaper for the “First-Ever Official Philadelphia Eagles Super Bowl LII Champions Legal Tender Coin.”

An online search found the item for sale at the Bradford Exchange.

According to the product page (I am not providing a link since I am not endorsing this product), it is a legal tender coin but does not indicate the country of issue. The “coin” is plated in 24-karat gold and comes in a holder that looks very similar to a popular third-party grading service.

The images provided on the product page are of one side of the coin. There are no images of the reverse of the coin or the holder. Even with the description that does not include the coin’s metal content including the amount of gold it contains and the country that granted legal tender status. They want buyers to shell out $49.95 plus $4.95 for shipping and handling.

Simply, the amount of gold in the plating is so thin that there may be less than $1.00 worth of gold. Even if the base coin is brass or bronze, the amount of copper would make the metal value less than $2.00. Since the Bradford Exchange has indicated it has licensing agreements with the NFL and NFL Players Association, their costs may be higher in order to pay off these concerns.

Even though they are creating only 2,017 of these coins, the resale market is very limited. When you or your heirs try to sell these coins, they will find that if the coin can be resold it will probably bring pennies on the dollar versus the original price.

If you are a Philadelphia Eagles fan and want a numismatic-related souvenir of their win in Super Bowl LII, then it looks like a nice, albeit expensive item. If you are only interested as a speculator, you can find something better to invest in.

More than $50 million worth of gold bars, coins, and dust that has sat at the bottom of the ocean since the ship it was on sunk in 1857 is about to go on public display in California.

Today marks 100 years since the 1918 Representation of the People Act, which was the first piece of law that gave women the right to vote in elections. And to celebrate, the Royal Mail has released a set of eight special stamps, commemorating the piece of legislation which extended the right to vote to women over 30 and to millions of men over the age of 21 who had previously been denied the opportunity.

What happens to your old bank notes and coins when they go out of circulation?

WE'RE getting used to plastic fivers and tenners and are now awaiting the official announcement from the Bank of England on when the polymer £20 notes will be introduced. The polymer tenner came into circulation in September 2017, with hundreds of millions in circulation.

ROCHESTER, N.Y. (WIVB) – A Rochester man has been sentenced to three years of probation for selling counterfeit coins. Timothy Meacham, 32, was also ordered to pay over $5,000 in restitution.

Counting on 16,000 coins for a historic exhibition

Most of the coins in the Knights of St John collection were contained in Professor Salvatore Luigi Pisani’s donation. Photos: Chris Sant Fournier Coins from every era of history have for the first time gone on permanent display at the National Museum of Archaeology, offering a glimpse of the commercial and political forces driving Malta through the ages.

Is it illegal to burn money, melt down coins or deface notes in the UK?

IT MAY seem baffling why anybody would want to burn money, and there are many rumours about what would actually happen if you were caught destroying currency. We’ve debunked the fact from the fiction, so you can keep on the right side of the law.

MARQUETTE — A standing-room-only crowd of nearly 1,000 people filled the Mather Auditorium in Munising Wednesday to be part of the launch of the first America The Beautiful quarter issued in 2018, which honors Pictured Rocks National Lakeshore.

During the reign of William III, in the second half of the 17th century, it was the fashion for a young man to give a crooked coin to the object of his affections. The suitor would bend the coin, both to make it an amulet and to prevent it being reused.