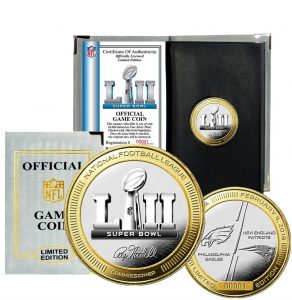 In 1966, discussions between the upstart American Football League and the National Football League led to the development of a championship game. The idea came from Kansas City Chief’s owner Lamar Hunt to have a single game to crown the championship during the five years it would take to merge the leagues.

The game was called the AFL-NFL World Championship Game and was first played in the Los Angeles Coliseum on January 15, 1967, between the NFL’s Green Bay Packers and the AFL’s Kansas City Chiefs. The game drew 61,846 in a stadium that held over 90,000 people. Halftime entertainment featured Al Hirt and the marching bands from the University of Arizona and Grambling State.

Green Bay, coached by the legendary Vince Lombardi, won the game 35-10. Bart Starr was the game’s MVP. Kansas City was not a bad team, coached by Hank Stram and led by quarterback Len Dawson. But the Packers were just that much better.

The game was broadcast by both NBC and CBS who charged $42,000 per 30-second commercial. It is estimated that the game was seen by more than 51 million people.

The first game to be officially branded as the Super Bowl was Super Bowl III played at the Orange Bowl in Miami. It was also the game that introduced us to significant pre-game hype when New York Jets Quarterback Joe Namath guaranteed a Jets victory over the heavily favored Baltimore Colts. The Colts were led by Coach Don Shula and the legendary Quarterback Johnny Unitas. The Jets’ 16-7 victory has been said to have accelerated the merger between the leagues.

Super Bowl LII will be held in Minneapolis, Minnesota, a nice city but not exactly a “hot” spot in February. U.S. Bank Stadium will be sold out to its capacity of 73,000 and should be seen by a national television audience of over 111 million people. It is estimated that another 30 million, including 4 million from Canada, will be watching around the world.

Advertisers are paying $7.7 million per 30-seconds for their commercials. Adjusting for inflation ($42,000 in 1967 would be the same as $314,711 today), it is costing advertisers almost 24½-times more than the first AFL-NFL World Championship Game. Although the production of the commercials has been a big deal, the gauntlet was thrown down in 1979 when Coca-Cola aired “Hey kid, Catch” starring Pittsburgh Steelers Defensive Tackle “Mean” Joe Greene. If you have not seen it or want to see it again, you can watch it at https://youtu.be/xffOCZYX6F8.

Super Bowl LII marks the 25th year that the Highland Mint of Melbourne, Florida will be striking the medal used in the coin toss. Prior to the making of the official coin, each game either used a coin of their choosing or the host city created their own medal. Of course, the NFL could not pass up a marketing opportunity and has decided to control the process.

After the game, the coin used for the coin toss is sent to the Pro Football Hall of Fame in Canton, Ohio. If there is an overtime game, as there was for Super Bowl LI, the same coin is used as the pre-game coin toss.

The official coin “is carefully struck of fine silver plate and selectively flash plated with 24kt gold,” according to the Highland Mint. Each 1½-inch coin is individually numbered with a mintage limit of 10,000. Super Bowl fans and the fans of the winning team can order one directly from the Highland Mint.

The Wilmington Symphony will premiere ‘The Dance of the Coin’ Feb. 3 at the CFCC Wilson Center. Handling coins is still a regular occurrence for many people. Writing this story served as a reminder that touching these artfully cast pieces of metal is as close as most of us ever come to touching history.

More than $50 million worth of gold bars, coins and dust that’s been described as the greatest lost treasure in U.S. history is about to make its public debut in California after sitting at the bottom of the ocean for more than 150 years.

New coin to feature the Queen and three Princes

The Royal Mint is set to honour four generations of the monarchy with a new coin depicting the Queen and three future kings. A&nbsp;new £5 coin will feature Her Majesty and her son the Prince of Wales, grandson the Duke of Cambridge and great-grandson Prince George. The historic coin will show their initials E, C, W and G, and three crowns.

Coins worth Dh255 million are in circulation, says minister

Metal detectorists Paul Adams, 58, and Andy Sampson, 54, began dancing around a field in Suffolk, crying out in joy when they stumbled upon a handful of ancient coins potentially worth £250,000.

The pool drains into a fountain called a “nymphaeon”—the first such structure found in Israel.

The US Mint recently began accepting mutilated coins from scrap recyclers after a 2 year hiatus while it investigated an alleged massive Chinese coin fraud operation.

Cash only: Why Germans love the jingle of coins in their pockets

While many countries are winding down use of physical money in favour of card and app payments, Germans are stubbornly clinging to the clink of coins and rustle of banknotes.

A new 50p coin will be in circulation this year to mark 100 years since women first got the vote.

How it’s made: Official game coin for Super Bowl LII

One of the most important pieces of the Super Bowl has a Florida connection. Going inside the factory making the official game coin.