A LOOK BACK: When is a Variation Not a Variety

This week’s LOOK BACK is my take at the stir made over the positioning of the edge letters on the newly struck George Washington Dollar coins in 2007.

If you search the online auction sites, you will find less than honest sellers trying to sell variations in the positioning of edge lettering of the new George Washington Dollars errors or varieties. Letters that are pointed up, or the top of the letters towards the obverse, are considered “normal” by these sellers. Letters that are pointed downward, or the top of the letters closer to the reverse of the coin, have been called errors or varieties. They are neither.

Exasperating the issue is that one third-party grading service added a designation to their labels with the orientation of the edge lettering. 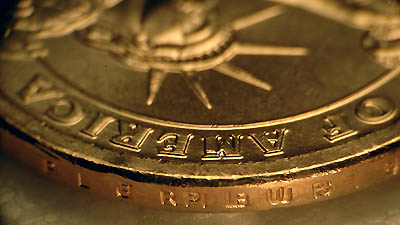 According to one third-party grading service, Presidential Dollars With The Tops The Edge Lettering Facing the Reverse Are Designated As “Position A.” 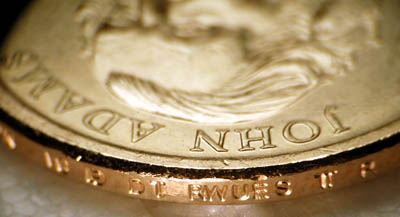 Those With The Tops Of Their Letters Facing The Obverse Are “Position B.”

Images are courtesy of Ken Potter.

An accepted definition of a variety “is any variation in the normal design of a given coin, usually caused by errors in the preparation or maintenance of the coin dies.” They are also errors caused in the striking process. But these definitions do not account for the differences in the orientation. The problem is that after the planchets are struck into coins by the high-speed coining machines, they are mechanically collected and fed into a machine that will press the lettering into the edge of the coins.

The machine that adds the edge lettering uses a three-part collar to impress the incuse lettering does this without regard to position. not only could the edge lettering face any direction, but the lettering can appear at any position along the edge. The U.S. Mint confirms this by saying that because of “the minting process used on the circulating coins, the edge-incused inscription positions will vary with each coin.”

Since the Mint is saying that the process can vary, these variations are normal for the design. Since these are normal variations, they are not numismatic varieties or errors. Thus, the coins with variations of orientation edge lettering are not worth the premiums being sought online. They are worth their face value of $1.

There have been errors found with the edge lettering. The most infamous has been called the “Godless Dollars” for coins missing their edge lettering and the motto “In God We Trust.” Most of these coins were minted in Philadelphia and discovered in Florida. Others have found doubling of edge letters and what looks like breaks in the three-part collars where letters have moved out of place. These are legitimate errors and worth a premium above face value. Orientation variations of the edge lettering are not errors.

If you want to consider these varieties, please save your money and visit your local bank. You can purchase these coins for face value without shipping and handling fees. If you purchase a 25-coin roll, you can spend the coins you do not want since they are legal tender.

The original article can be read here.