The world of numismatic news of the week centers around theAmerican Numismatic Association’s World’s Fair of Money that was held in Philadelphia this past week. Here are the top news items from this past week? 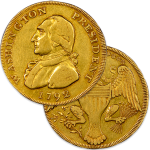 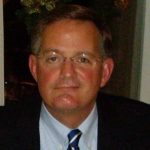 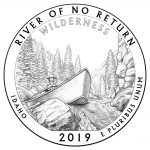 My report on my time in Philadelphia is coming soon.

Michael Turrini, a memer of the Fairfield Coin Club, holds different types of currency from Africa, Sunday, Aug. 12, 2018. The cowry shells and iron cross are both used as money. (Susan Hiland/Daily Republic) FAIRFIELD — Treasure hunters came out Sunday to find the rare coin, and they brought their

Never miss a story or breaking news alert! Listen at work or while you surf.

The World's Fair of Money is "an opportunity for our members and the general public to see a lot of coins they could never see otherwise […] plus, an opportunity to see some of the largest, most successful [coin] dealers in the country," said Douglas Mudd, Curator and Director of the American Numismatic Association Money Museum. The World's Fair will feature millions of dollars worth of rare coins- coins whose values were once less than a dollar.

The ferryman needs his coins to cross the River Styx

A Navy veteran recalls a sacred tradition for warships.

Rs. 1 coins also hit; rumours about their discontinuation have been doing the rounds for over a year now

The one of a kind George Washington gold coin, dating back to the 18th century, was sold for $1.7 million this week with all the proceeds going to charity, according to Heritage Auctions.