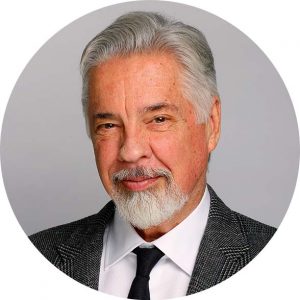 Although this weekly posting tries to cover the news that does not appear in the numismatic media, this week there has to be something said about a bombshell reported by Coin World.

In a surprise announcement, Collector’s Universe, Inc. (NASDAQ: CLCT) announced the termination of David Hall as president and CEO as of September 18. No reason was given for his termination.

Hall remains on the Collector’s Universe board of directors.

Hall was one of seven co-founders of Professional Coin Grading Service in 1985. In 1999, PCGS expanded to Collector’s Universe to provide grading and authentication services to other collectibles. Professional Sports Authentication and PSA/DNA are considered the gold standard in the sports collectible industry. He has held several leadership roles in PCGS and Collector’s Universe over the years.

When contacted by Coin World, Hall did not provide additional details.

In the article, it said that Hall plans to remain prominent in the industry and will be more active with David Hall Rare Coins, a firm he founded in the 1970s.

We here at the Coin Collectors Blog wish Hall well as he begins the next phase of his professional life.

Rock musician Rory Gallagher represented the “very best aspirations of our republic”, President Michael D Higgins has said. Mr Higgins was presented with a €15 commemorative coin featuring an image of the late guitarist who died in 1995, aged just 47.

Gold Kew Gardens 50p coin could sell for £800 at Royal Mint’s first-ever auction — do you have a rare coin in your wallet?

THE Royal Mint is selling a GOLD Kew Gardens 50p coin which could be worth up to £800. Only 1,000 of these rare coins were made and only 629 of them were actually bought by the public, making them even more valuable to collectors.

Law enforcement officers are urging the public to be on the lookout for scam artists trying to sell fake coins in the Cameron, Missouri, area. The DeKalb County Sheriff's Office issued an alert showing plastic sleeves of old coins that were passed off as valuable silver to one business.

Collectible coin production rises as cash falls out of favour

The Royal Mint has increased its production of collectible coins in an attempt to appeal to a wider market as the use of cash declines across the country.