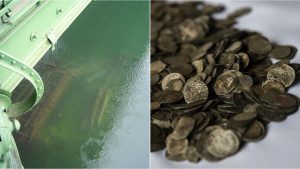 One of the articles found in this week’s search for numismatic-related news is both tragic and interesting. The tragedy is that the changing climate that has brought about worldwide weather swings has caused a drought so bad that the Danube River is at its lowest levels in recorded history.

The Danube River is Europe’s second longest river. It runs from southern Donaueschingen, Germany, stretches across Europe to the Black Sea in Sulina, Romania. In ancient times, it was the border of the Roman Empire. Later, the border and the source of conflicts between the Ottoman Empire and the Kingdom of Hungary and the Austrian Habsburgs.

Today, the Danube supplies water to millions of Europeans who work together on its preservation. It is also a source for ships commercial and passenger ships traveling through Europe. Levels are so low that shipping companies have cut back on their trips and travel advisories have been issued for tourists. 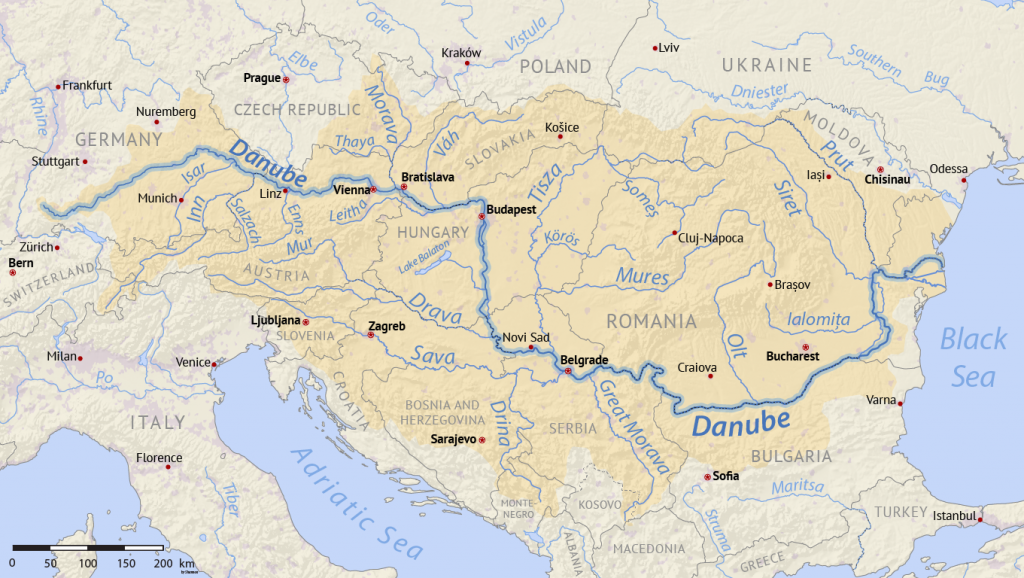 Outside of Budapest, over 2,000 silver and gold coins were found in 38 centimeters (almost 15-inches) of water. Archeologists who were called to recover the coins also found weapons, cannonballs, and other items that were said to be from a ship that sunk on the river in the 18th century.

During the 18th century, most of the area we know as Hungary today was occupied by the Ottoman Empire. Early in the 18th century, the empire instituted educational and technical reforms to strengthen their hold on their empire. In 1768, when Russian-back Ukrainian tribes entered Ottoman territory looking for confederates, the incursion provoked the Russo-Turkish War.

Over the last week, scientists have been working around the cycle of the tides to excavate the site to learn more about the ship that sank, including trying to determine why it sank. One working theory was that it was carrying supplies during the Russo-Turkish War.

Dating the wreckage using the coins may not be easy. At the time the Empire existed, coins were dated when the dies were made. Usually, dies were used until they wore out even if the coin represents the previous emperor. It could be several years before dies were made honoring the current ruler.

Beginning in the 16th century, the Ottoman mints were using screw-presses to create consistent-looking coinage. The empire of that period was always looking for the best technology to upgrade their lives and to set them apart from others. Screw presses were used for everything from minting coins to creating military medals. For the Ottoman’s, the mass production of military medals was important for the morale of the army that they put to ample use.

Although no timeline has been announced as to when scientists think they will complete their study of the artifacts, it will be an interesting view into a time at the height of the Ottoman Empire.

Kitco News talks with some of the most influential gold market analysts, economists, investors and mining CEOS to get their take on the industry and financial markets and the global economy

Campaign encourages children to use coins

Roving exhibitions have been organized in a number of primary and intermediate boys’ and girls’ schools in various regions of the Kingdom to raise awareness among students about coins and urge them to use coins in their daily dealings. The caravan started its journey this month from Riyadh.

Nevada Day revelers can own a piece of the state’s history — and also watch it be made — as part of a special run of the coin press at he Nevada State Museum in Carson City.

Two Swedish schoolchildren unearthed a 17th century coin while playing in a sandpit – and they have now been told they can keep the find.

Aa Aa Record low water levels in the Danube have uncovered parts of an old Budapest bridge blown up by the Nazis in the final months of World War II. Pictures have emerged of the structure — which linked the districts of Buda and Pest in the Hungarian capital — just under the surface of the water.

Just in time for Halloween, the Central Bank has launched a commemorative €15 Bram Stoker Dracula collector coin. The silver proof coin commemorates the life of the Dublin-born author and his famous novel Dracula, which was published in 1897 and became world-renowned after an American film adaptation starring Bela Lugosi opened in 1931.

Kings, gods and traders: Decoding the art on ancient coins

ART ON COINS — INDIA AND THE WORLD Mauryan axes, faces of Satavahana kings, a lion from Alexander’s army — at an exhibition of ancient coins found on the subcontinent , money talks. It tells stories of war, peace, power and disappointment.

“On ANZAC Day this year I got to wear both of my medals in civilian dress and someone came up and said ”oh, you’ve got your medals on the wrong side love’, or ”whose medals are they’ — and you just have to say ”they’re mine — why wouldn’t they be?