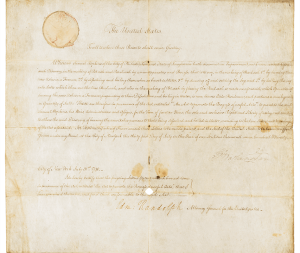 This week, the U.S. Mint made the most impact in the world of numismatics. first, the U.S. Mint released the first coin in the American Innovation $1 Coin Program. It features a new design of the Statue of Liberty on the obverse, which has not been favorably received. The reverse recognized the first U.S. patent signed by President George Washington.

The other news from the U.S. Mint was the first strike ceremony for the Apollo 11 50th Anniversary Commemorative Coins at the Philadelphia Mint. Children of the three astronauts who flew on Apollo 11 represented their fathers at the ceremony: Mark Armstrong, Andrew Aldrin, and Ann (Collins) Starr.

Coins will be offered for sale to the public on January 24, 2019. The money raised from this commemorative coin program will benefit the Astronauts Memorial Foundation, the Astronaut Scholarship Foundation and the Smithsonian National Air and Space Museum’s “Destination Moon” gallery. 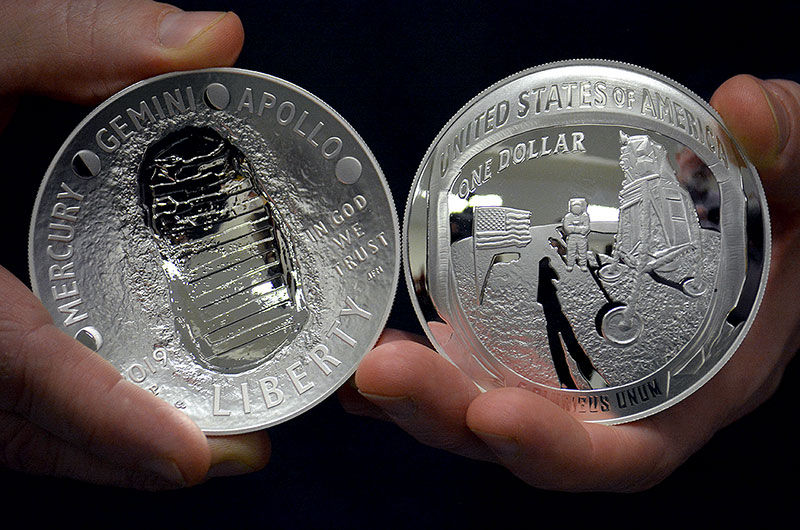 A pair of 5-ounce silver proof $1 coins struck during the First Strike Ceremony at the U.S. Mint (photo courtesy of collectSPACE.com)

Coin collectors are making millions – and it's young people cashing in

Cash use has plummeted in Australia over the last few years but Eric Eigner isn't worried. "People will want to collect something that appears to be more scarce," he says. "I think it's a good thing to a certain extent."

The patterns on Guangxi commemorative coins reveal special cultural elements and how the region has developed in the past 60 years.

Show Me the Money: Student Brings Ancient Coins to Light at College Museum

From Alexander the Great to the Byzantium and the Middle Ages until the modern era all periods are covered in an exhibition featuring a rare collection of gold coins. This collection contains coins that are considered to have paved the way for the use of coins in world history and is being staged by the &hellip;

The United States Mint reveals a new coin collection to commemorate the 50th anniversary of the Apollo 11 moon landing. Item includes great video of striking coins in the mint

The U.S. Mint has struck its initial coins commemorating the 50th anniversary of the first moon landing. You could say it was one small strike for the Mint, one not-so-giant press for Apollo history. The coins were stamped as part of a "first strike" ceremony.