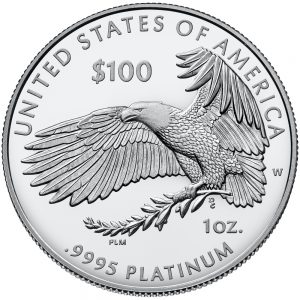 While watching the numismatic news that appears in non-numismatic sources, I noticed that regardless of the predictions of cashless societies taking over, there are a few countries with interest in coins for both commerce and collecting.

By far, the one country that seems to have an affinity for coins is India. The news consistently highlights collectors who have coin collections of all sizes and varieties. Whether it is someone who has collected old Indian coins dating back to the Britsh control of the country to someone that collects foreign coins from visitors, there seems to be a story about coin collectors in one of the many Indian news publications.

The other country I can count on for consistent numismatic-related stories is China. Aside from stories about coin shortages and how the poorer areas of the country are hoarding coins, Chinese collectors seem to gravitate toward precious metal coins. Interestingly, Chinese collectors seem to like silver coins even though investors are chasing gold. This is understandable since silver coins can be bigger and cost less.

Recently, it was reported that Chinese collectors are chasing platinum as an investment option. Reports are being circulated that Chinese markets are investing heavily in South African platinum mines allowing the production to increase. With the spot price of platinum ($802.00) lower than the spot prices of gold ($1,222.10) and palladium ($1,170.00), the growth of platinum investment options has grown. The Hang Seng ETF (exchange-traded funds) Index has noted a significant increase in the trading of platinum futures.

Several publications have asked if this means that China is attempting to corner the platinum market. Since I am not a financial analyst, I am not sure. As a numismatist, it is interesting to see that platinum has a growing interest in China.

10 Most Valuable Treasures Ever Found (Part 1)

Grab your metal detectors! We are seeking some of the most valuable treasures ever discovered. From buried treasures to sunken treasures, lying beneath villages, towns, cities, farms, riverbeds, and in…

The National Bank of Romania (BNR) has issued several coins to mark the 100-year anniversary of Romania’s 1918 Union. They are a gold coin, a silver coin, and a brass collector coin for numismatic purposes, along with a brass commemorative circulation coin.

Limited edition gold and silver coins commemorating the 70th anniversary of the first issuance of the renminbi (RMB) currency and establishment of China's central bank went on sale in China last Friday.

Chinese investors have a fresh array of platinum choices

The World Platinum Investment Council is pushing for new platinum products to lure Chinese investors into the metal, providing another source of demand for SA’s second-largest mineral export. Weibin Deng, China’s head at the council, which is financially backed by SA’s platinum producers to stimulate investment, outlined plans for coins, metal-backed exchange-traded funds (ETFs) and other products, targeting the country’s burgeoning middle class.

The Celtic coins discovered in Slovakia were tetradrachms, which were the most precious coins available at the time. In the heart of Slovakia in Mo&scaron;ovce, archaeologists have unearthed 40 …

Welcome back for Part II of our Most Valuable Treasure Discoveries series. Below is a continuation of some of the most remarkable treasures unearthed in recent history. The Staffordshire Hoard…

THE CENTRAL Bank of Ireland has unveiled a special commemorative coin created to mark 100 years since Irish women won the right to vote.