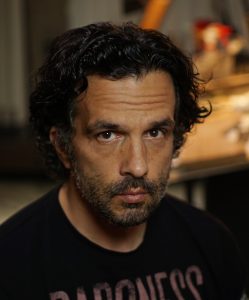 The numismatic news of the week of the week is the appointment of Joseph Menna as the 13th Chief Engraver of the U.S. Mint.

Many references cite Public Law 104-208 as the law that eliminated the Chief Engraver position. That bill is the Omnibus Consolidated Appropriations Act of 1997. As with a lot of these omnibus acts, there is a lot of “stuff” packed into this law, but there does not appear to be a reference to the Chief Engraver.

In fact, a search the term “chief engraver” at govinfo.gov, the site for the Government Printing Office shows no public or private law with those words. The GPO has nearly every bill and public law for the past 100 years available for full-text search.

This is something to look into.

You don't want to lose that down the back of the sofa! British 1703 coin made using gold seized from Spanish treasure ship sells for world record £845,000

A 300-year-old British coin has sold at auction for a world-record price of £845,000. The five guinea 'Vigo' coin dates to 1703 and was made using gold seized by the British from a Spanish treasure ship at the Battle of Vigo Bay.

MANCHESTER, N.H. — Hundreds of students took part Saturday in a robotics competition at Southern New Hampshire University. And the event came with an assignment from inventor Dean Kamen: He wants every student to get involved with an effort to honor a New Hampshire hero.

More than a decade ago Aries Cheung, a Toronto-based artist, graphic designer and filmmaker, was approached by a representative from the Royal Canadian Mint. Would he like to enter a competition for a new series of coins to celebrate the Lunar New Year?