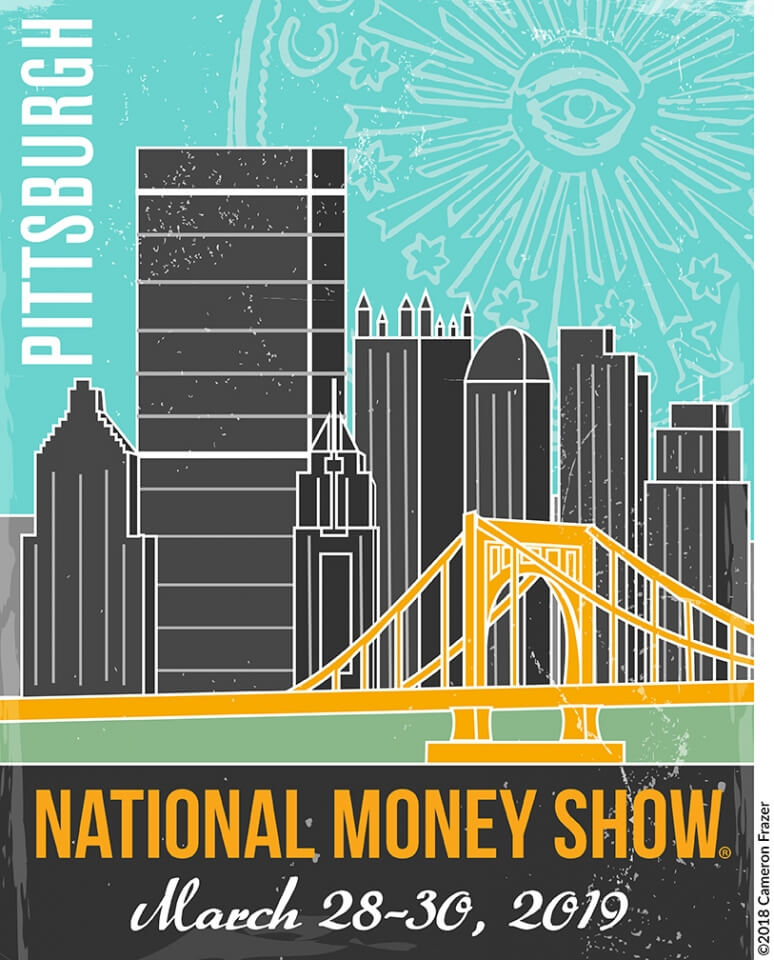 Did you know there was a big coin show in Pittsburgh?

The National Money Show was held this past week in Pittsburgh with a rousing silence. There was no news. No announcements. Nothing.

It had to be one of the quietest shows in recent memory.

Although I could not attend, I was waiting for something to come across my email to let me know that the numismatic industry is alive, well, and enjoying Pittsburgh.

Pittsburgh is a really nice place. It has shaken off its past as a result of the steel mills closing and has really turned itself around. Its redevelopment was well underway when I attended Carnegie Mellon for graduate school. It has only become better.

Since it is baseball season just two off-topic notes about Pittsburgh. Did you know that the last home plate used for Forbes Field is under glass in the main hall at the Pitt Law School? It’s not the exact location but close enough. Also, behind the Law School is what remains of the left field wall. It was left in tribute to the Bill Mazeroski game-winning home run against the Yankees in the 1960 World Series.

Did someone go to Pittsburgh for the National Money Show? Or did they go out and ride the Duquesne Incline, visit the Strip District, tour the Heinz History Center, or relax in Schenley Park? There are great places to eat on the South Side including at Station Square, but there was a show going on. What happened?

Instead of worrying about whether a kids-oriented set sold by the U.S. Mint is good for the hobby, maybe the hobby has to think about letting the world know that it still exists!

The Royal Mint unveiled its Peter Rabbit 2019 coin recently, with the new designs becoming available only last week. At the time of writing, three different designs of the mischievous Beatrix Potter character had been released.

A commemorative 50p coin to celebrate Brexit has not been minted yet, in what must surely be the ultimate metaphor for Brexit. The coin was announced at last year's Budget, with the Treasury suggesting it would bear the date '29 March 2019' and be available from Brexit day.

Mystery of the largest hoard of Celtic coins ever found is finally solved: First century haul worth £10MILLION was created by two tribes who may have hid it together to protect it from marauding Romans

The single biggest hoard of Celtic coins ever found is now thought to be two separate stashes that were buried together. The Le Câtillon II hoard includes 70,000 gold and silver coins and 11 gold torques, or necklaces, and dates to the First Century AD.

A COIN fan who stabbed a fellow enthusiast to death and stole his collection has been jailed for life. Danny Bostock, 33, broke into Gordon McGhee’s flat and knifed him at least 14 times. SWNS:South West News Service

Would Replacing the Dollar Bill with a Coin Save the Government Money?

From time to time, legislation gets introduced in Congress to eliminate dollar bills in favor of dollar coins. The lawmakers pushing the legislation always tout it as a way to save the government money.

KOLKATA: Winds of change are blowing over this 232-year-old church, tucked in one corner of Dalhousie, diagonally opposite Raj Bhavan. St John’s Church, which was the first cathedral the British built in the country and was the only cathedral till St Paul’s was built, is being thrown open to public programmes.