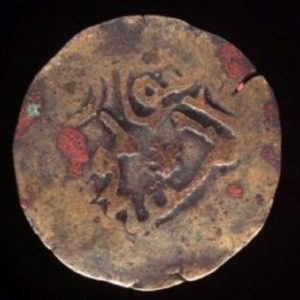 A Kilwa Coin similar to those found on the beach in Australia (Source: news.com.au)

Five coins were found by a soldier while fishing in 1944. He put the coins away and forgot about them only to rediscover them again in 1979. When he sent them to a museum for identification, they turned out to be over 1,000 years old. A find like this show the coins predate the story of the island’s discovery by James Cook in 1770.

In recent years, the coins have sparked interest in understanding how they ended up in Australia. Even though they are from a time after the arrival of the Aboriginal people, it presents questions as to whether there were other European settlers before James Cook.

Coins are not only a holder of value; they are also a representation of art, history, and commerce. Coins tell us more about our lives than history, which is written by the victors and not the ordinary people who may have done more to guide history than those whose writings may be less than accurate for their glory or the glory of their sponsors. Nowadays, we call that spin.

If finding five coins on a beach in a remote fishing spot in Australia can rewrite history, what will the coins in our pockets tell future generations about us? What stories do any of the coins we collect tell? While it may be nice to hold a mint state 19th-century dollar in our hands, what impact did that worn large cent have on history? Or the history of those who used it?

The term “history in your hand” could never be more impactful than the story of those five coins found while fishing in Australia.

Carry your change in a rice cooker coin case from Japan!

Who needs a boring coin purse when you can surprise shoppers at the cash register by popping the lid on your miniature rice cooker?

Mysterious discovery that could rewrite history

Remember when you were taught Australia was first claimed for the British throne when it was discovered in 1770 by James Cook who promptly declared it “terra nullius”?

The Japanese government has announced a new design for the ¥500 coin. The updated version, slated to hit pockets in fiscal 2021, retains the familiar paulownia design but adds a two-tone look and features like microlettering to thwart counterfeiters.

QUEEN ELIZABETH II has her portrait printed on every UK coin in circulation, as well as on the coinage of many Commonwealth countries. Now, a Royal Mint designer has shed some light on a coin which is a particular favourite.