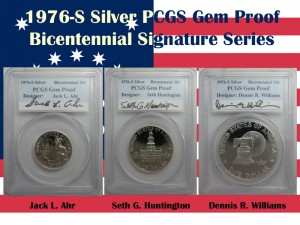 On July 23, 1965, President Lyndon B. Johnson signed into law the Coinage Act of 1965. Congress passed the bill in response to the coin shortages caused by the rising silver prices. When it was signed, the act eliminated silver from circulating dimes, and quarters while reducing the amount of silver used to strike half-dollars from 90-percent to 40-percent for five years. After five years, the half-dollar would be struck using the same copper-nickel clad composition as the lower denominations.

The act forbade the striking of silver dollars for five years ending an experiment with the striking of Peace Dollars in 1964. There are rumors that at least one 1964-D Peace exists despite the U.S. Mint’s insistence that all of the coins were melted.

Finally, the act made all coins and currency produced in the United States and specific bank issues as legal tender, which reversed the demonetization of the Trade Dollar in 1867.

The Coinage Act of 1965 marks the dividing line between “classic” and “modern” coinage.

After fifty-four years of modern coinage, there continues to be collectors and dealers who turn up their noses at modern coins.

Although the stories behind many of the classic issues are interesting, modern coins provide a diversity that is meaningful and affordable for the average collector.

The first coin of the modern era that had a public impact was the dual-dated coins with the reverses honoring the nation’s bicentennial. The bicentennial was a two-year celebration preceded by three years of hype and prep. When the coins were released, many people searched their change, looking for the coins. It was the first time in many years that half-dollar and large dollar coins circulated in significant numbers since finding them in change was exciting.

The Susan B. Anthony dollar was less than successful because it was confused with a quarter

The modern era also saw a big flop when the Susan B. Anthony small dollar coin entered circulation. Even though the U.S. Mint tried to simulate the 12-sides on the coin’s design, the size and the reeded edge was confused with the quarter. People stopped using the Susie B. thus ending whatever momentum dollar coins had.

The most successful program of the modern era was the 50 State Quarters program. The program started strong with a lot of interest. Unfortunately, a downturn in the economy and the television hucksters overselling the potential value of the series turned away a lot of potential collectors.

As the success of the 50 State Quarters program grew, Congress passed laws to create several other circulating commemoratives. The programs include the Westward Journey Nickels, Abraham Lincon Bicentennial cents, and the Native American $1 coin program using the golden-colored planchets of the Sacagawea dollar.

Unlike previous commemorative coin laws, modern laws help the U.S. Mint limit the time these coins can remain on sale. It also limits their production to one year.

Finally, the modern era has given us the bullion coin series. It started with the American Silver Eagle program that was created to provide a way for the United States government to sell off silver saved in the Defense National Stockpile. As a result, the U.S. Mint has used the program to experiment with different finishes, including burnished and reverse proof.

Congress passed the Gold Bullion Coin Act of 1985 a few months later after being lobbied by the gold mining interests. This law created the American Eagle Gold Bullion Program. 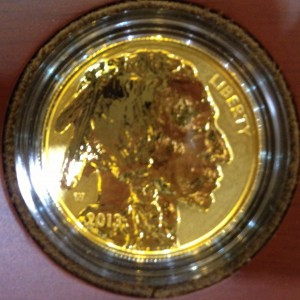 Even more significant was Title II of the Presidential $1 Coin Act of 2005. Title II established the American Buffalo 24-Karat Bullion Gold Coins program. The law required the coins struck from .9999 put gold using the design of the 1913 Type 1 Buffalo Nickel as designed by James Earle Fraser. After the first year of issue, the U.S. Mint could change the design after vetting the design with the Commission of Fine Arts and the Citizens Coinage Advisory Committee. This law allowed the U.S. Mint to produce coins like the 2009 High Relief gold coin and the 100th-anniversary tributes to the Mercury dime in 2016.

After 54 years there are a lot of exciting choices for the modern collector. And this does not consider the collection of errors or varieties, like the three types of 1972 Eisenhower dollars or the wide versus narrow lettering on the reverse of the 1999 Lincoln cent.

It is past the time for the numismatic community to embrace the collection of modern coins more than it has. There may be few modern coins that are worth thousands of dollars, but they are available to capture the interest of potential collectors. After all, how many of us started collecting by searching pocket change.