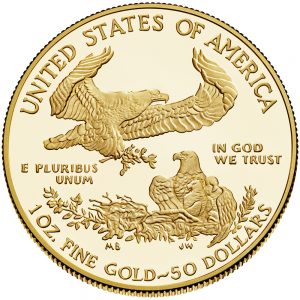 While perusing the news sources looking for numismatic-related news in the general media, I am noticing that there is an increase in crimes involving coin dealers. Between robberies or scams against dealers, the escalation of crime is noticeable and concerning.

Any business that handles money is a potential target for criminals. Even with the policies of dropping excess cash into time-locked safes, criminals will rob any store where they can easily take a few dollars.

What makes robberies from coin dealers concerning is that these types of crimes increase when the criminals are looking for a more significant take when their economic situation appears to be getting worse.

Although the markets may be up and the unemployment numbers are low, the indications are that the economy has some soft spots that should be concerning to everyone. The number of people taking contingent and alternative employment arrangement, sometimes called the gig economy, has risen in the last year. The Bureau of Labor Statistics reports that much of the rise in the gig economy is being used to supplement regular income.

In the last month, silver has been a rise of nearly $2 since the beginning of August. Even though silver has dropped to $17.88 from a $19.30 high in September, economic indicators suggest that global affairs will prevent the price from falling. These investors will be affected by a potential oil crisis following the bombing of Saudia Arabian oil fields and the trade war caused by tariffs.

Gold has been relatively flat over the last few months although up for the year. As an investment instrument, gold is favored by large and institutional investors. What is preventing their rise is that on a larger scale, they are not as worried by global affairs. The investments they are involved with are not as affected by a potential oil crisis and a Chinese trade war. Many have isolated themselves from these issues.

The concern is that the split in the economic effect will cause those at the lower ends to try to find some relief by turning to crime. A stolen American Gold Eagle coin has the potential to yield a better return than robbing a convenience store.

As some dealers are pushing the sales of gold, think about what they are saying about the economy.

OYSTER BAY, NY — A Fort Salonga coin dealer has been accused in a $330,000 coin consignment and sales scheme in which he bilked several coin dealers and private collectors out of money, gold and collectible coins under the guise of legitimate coin deals, prosecutors said.

Photographer: Ted Aljibe/AFP via Getty Images Congestion and constant flooding in the Philippine capital are prompting the central bank to move its mint away from the city. Bangko Sentral ng Pilipinas signed a deal Friday to relocate its production facility for coins and bank notes to New Clark City, a former U.S. air base where the government is building a back-up capital.

Montreal man has $800 in rolled change, but his bank won't deposit the money

Julien Perrotte stood in front of the representative at his local bank last week, unsure he properly understood what she was telling him. He was carrying about $800 worth of coins, sorted and rolled, that he had collected over the past year.

September 18, 2019 – Sibenik was the first city in Croatia to mint its own money during the Venetian period. Today, the city has released a new sweet souvenir in its honor. HRTurizam writes that back in 1485, the Venice Council of Nine approved the minting and use of Sibenik's coins – known as the bagatin, which was a means of payment in the city for more than two centuries.

Break-in happened Aug. 30 in Silver Spring Montgomery County police released surveillance video Tuesday of a man stealing what they estimate to be $6,500 in property from a downtown Silver Spring rare-coin store on Aug.

Why is the Royal Mint making jewellery instead of coins?

More and more people are swapping cash for contactless payments – which means fewer coins are being made. That means the Royal Mint, the company which produces coins for the UK, don't make as many anymore.