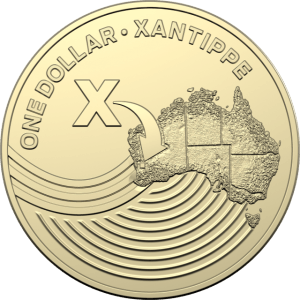 X is for Xantippe
(Image courtesy of the Royal Australian Mint)

George Santayana was a Spanish-American philosopher, writer, and poet who influenced many of the decision-makers in the early 20th Century. In 1905, Santayana wrote The Life of Reason: Reason in Common Sense, where he wrote: “Those who cannot remember the past are condemned to repeat it.”

In the chapter, Santayana was emphasizing the need to use every experience as a lesson to improve the future. The rest of the chapter discussed how to apply lessons from things that went well.

What does George Santayana have to do with numismatics? Numismaitcs has not learned from the past and making the same mistakes expecting a better outcome. In other words, the numismatic industry is fulfilling the axiom credited to Albert Einstien: “the definition of insanity is doing the same thing over and over and expecting a different result.”

What are we doing wrong? Let’s look at it in the context of this week’s news. Following the lead of the Royal Mint, the Royal Australian Mint is producing 26 limited-edition circulating one-dollar coins with the letters A to Z along with a depiction of something Australian that represents that letter. They call it the Great Aussie Coin Hunt.

Some letters are easy, like G for G’Day or V for Vegemite. Others do not have obvious names. When it came to X, the Royal Australian Mint picked Xantippe.

Aussies were perplexed when trying to figure out who, what, or where Xantippe could be. That is when the Royal Australian Mint revealed that Xantippe is a small farming town in Western Australia.

For the Royal Australian Mint, it was the perfect way to get the message out about the new dollar coins. It caused a minor yet fun controversy that had the county talking about the series creating excitement about finding the coins.

In the UK, the Royal Mint had a similar program called The Great British Coin Hunt. In 2018, the Royal Mint issued 10 pence coins struck with British themes. Along with the other limited edition 50 pence themed coins, the Royal Mint keeps Brittons interested in coins by generating excitement about each release.

In the United States, we also saw excitement about looking for coins. We saw an increased awareness of coin collecting during the 50 States Quarters Program. Earlier this year, there was some interest shown over the release of the W mint quarters. The interest was not as strong as the 50 State Quarters, but people heard about the coin.

But that was for National Coin Week. What has happened since then?

Learn from the positive: by advertising, getting the word out, and promoting the coins, the US Mint is capable of getting people interested. By having the numismatic industry join them, people were paying attention.

Since the end of Nation Coin Week, the numismatic industry has been silent to those outside of the hobby. Most of the promotion has been like preaching to the choir. We get it. We got it. But you cannot keep an industry going that outsiders are claiming is dying.

Numismatics is not dying or near death. Like every hobby, it has problems to overcome. The first step to better health is to expand the base. The only way that could happen is if the numismatic industry does something radical: reach out consistently to everyone.

It is time to learn what worked in the past and stop doing the same things over again.

For Discovery, it started as HDNet, a television channel where they experimented with high definition content. They would create something in high definition and air it on HDNet to test the public’s reaction. Interestingly, the shows about cars were their most highly rated content. Then they contracted with Mecum Auctions to broadcast their events, and the ratings for a niche cable channel were higher than expected.

HDNet was renamed to Velocity. Now it is owned by Motor Trend, who rebranded the channel in its name.

Although the car hobby business was doing well, the trade publications point to the rise of HDNet and Velocity as a reason that the hobby is doing better than ever.

What can we learn from putting cars on television? First, there is an interested market out there that may not know where to turn for information. The shows provide both knowledge and entertainment. While there are shows that have a doctrine-like attitude, most are inclusive of all styles and interests.

Just like in numismatics, there is no single way to collect and enjoy cars. And like cars, there is a lot that can be used to teach everyone about history.

There was a multi-part series about the growth of the auto industry that followed many of the early titans, including Henry Ford, William Durant, and Walter Chrysler. One of the segments was their reactions to World War II, while the story was about how the automotive industry also showed how the country participated in the war effort.

What stories can be told about the 1943 steel cent? What about the “Shotgun Shell” cents struck in 1944 by recycling spent shells picked up from the training field?

How about some fun shows? Numismatic Jeopardy, where the questions are based on answers derived from something numismatic-related. For example, “It’s called the Old Line State.” The answer is on the reverse of the 2000 Maryland State Quarter!

Revive the old PBS show History Detectives and do it with numismatics. After all, they did investigate a coin said to be associated with Annie Oakley and a $6 Continental Currency note found in Omaha.

These are a few ideas. I am sure that others can come up with better ones.

Then again, that may mean that the industry will have to break out of its niche comfort zone and embrace something different.

The Royal Australian Mint is producing 26 limited-edition legal tender coins that will be given out as change at post offices over the coming weeks. The A to Z of Australiana could see you pocketing a Neighbours , Weet-Bix or didgeridoo $1 coin in your small change.

The UK’s Treasury plans to commemorate Brexit by minting millions of 50 pence ($0.61) coins. But like many of the Conservative government’s recent moves, there is a major flaw: the imprint date will be the Oct.