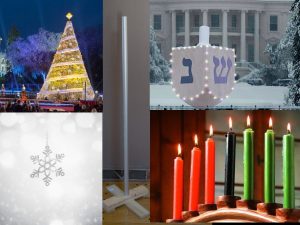 As we celebrate the holidays and the new year, I hope we can remember those less fortunate who might need our help. Helping a neighbor is the best gift we can give and a sign of love beyond measure.

May the holidays find you happy, hopeful, and healthy.

Since I missed posting the news from Sunday: and now the news…

A men who attempted to smuggle £450,000 in counterfeit £1 coins into the UK have been jailed for 50 months. Edward Magill (pictured) of Northern Ireland conspired with a haulier to smuggle the old-style round coins – which were manufactured illegally at the European Central Mint (ECM) in Westpoort, Amsterdam – into the UK in December 2012.

→ Read more at securingindustry.com
How to Clean Coins Without Damaging Them

Not using proper cleaning methods will permanently damage your coin. Read on to learn how to clean coins safely and easily here. Is your challenge coin in need of a good scrubbing?

Seven coins and a Roman ring that were found by three metal detectorists have been declared treasure. The ring, found in Newport in October 2017, is decorated with a pattern representing a palm branch.

→ Read more at bbc.com
U.K. Minting Brexit Coins, Hopefully Won’t Have To Melt Them Down (Again)

(Updated: 1:26 p.m. EST, 12/20/2019) Topline: Queen Elizabeth II approved a plan for new 50 pence coins to be minted with January’s planned Brexit date, first reported by Bloomberg, after two other coins meant to mark the occasion were scrapped previously when the U.K. failed to exit the bloc.

→ Read more at forbes.com
Builders discover treasure trove of 200-year-old coins worth £400,000 while renovating a building in Poland

Builders have stumbled upon a treasure trove of 200-year-old coins worth nearly half a million pounds. The 10,000 coins were discovered during renovation work in the historic city of Krakow in Poland.