The Coronavirus and Numismatics in the short term 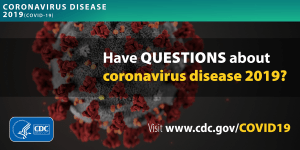 Now that the rollercoaster ride of this past week has pulled into the station, let us off, and is preparing for next week’s run, we can step back and assess our next move.

With the announcement of canceling of sports tournaments to the restriction on large gatherings and the declaration of states of emergency has caused everyone to rethink their short-term schedule. In numismatics, the canceling of the NCAA Men’s Basketball Tournament, dubbed March Madness, forced PCGS to cancel a launch they had scheduled with the Naismith Basketball Hall of Fame. PCGS was going to offer specially slabbed Hall of Fame commemorative coins as part of the coin’s launch.

Shortly after Maryland Governor Larry Hogan declared a state of emergency in Maryland, Whitman canceled the March expo scheduled for the Baltimore Convention Center. Stack’s Bowers Galleries, the official auctioneer of the Whitman Expo, will move their auction to their California offices and hold the auction online.

A few of the small local shows have sent notices that their shows will go on as scheduled. These are shows that are held in local meeting halls, hotel ballrooms, or other smaller facilities. Many times, the dealers outnumber the patrons. These shows will likely not exceed the 250 person limit expressed by the state of emergency.

Although the COVID-19 virus pandemic is something to worry about, we can get past the fears by following the common sense approach promoted by the Center for Disease Control and Prevention (CDC).

According to the CDC and the National Institute of Health (NIH), the only way the virus spreads is person-to-person through respiratory droplets. The virus does not live on surfaces that long. If everyone maintains the proper precautions, there should be no problem handling numismatic items. Dealers should take care in how they present their wares and their interaction with the public.

Collectors going to shows must also take precautions. If you are not feeling well, do not attend the show. Do not rub your face and then touch the merchandise. Wear gloves if you do not feel comfortable.

And please wash your hands!

Because of the way we do things, handwashing is one of the most effective measures to control the spread of many of our health issues, including COVID-19.

To put the importance of handwashing into perspective, the concept of basic sterilization did not exist during the Civil War. This lead to the rampant death of soldiers to infectious diseases, many of epidemic proportions. About two-thirds of the 660,000 deaths were because of infections. That number could have been much less if the doctors just washed their hands.

When you go to the smaller coin show, wash your hands before entering. Clean your hands frequently with a sanitizer that contains at least 60-percent alcohol. If you have alcohol preps, you can use those to wipe your hands then apply hand lotion to prevent your hands from drying out.

If you touch a lot of items, you should wash your hands in between. Wash them before diving into that junk box and after you are finished.

And do not touch your face!

We all have these habits that involve touching our face, hair, or other parts of our head. I know these habits are tough to change. As a member of the Society of Bearded Numismatists, I am regularly rubbing or scratching the area under my chin. I have been forcing myself to stop.

If you do not feel well or are uncomforatble, stay home.

The situation may cause temporary changes, but that does not mean cowering in the corner. Use the time to your advantage. Catch up reading those numismatic books on your show. Update your collection’s catalog. Organize new purchases.

You can organize family time around numismatics. Talking about coins and their history is better than watching everyone else panic on social media.