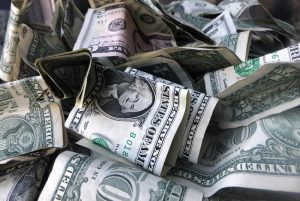 As the COVID-19 crisis expands, news outlets have been asking how life will change once we medical science can catchup and conquer this disease. Numismatically, there is a question as to whether the currency will survive.

There has been concern about spreading the virus on our currency. According to the Associated Press, “Experts say cash does carry a risk of transmitting the virus, but the risk from cash so far is small compared with other transmission routes.”

Is it possible that a virus-contaminated banknote could transmit the virus? Scientists are not sure. Even considering the studies that show currency could be as dirty as your smartphone, there is no definitive answer.

“It’s not impossible that there might be traces of virus on dollar bills but if you wash your hands it should provide adequate protections, you shouldn’t need anything else,” said Julie Fischer, a professor at the Center for Global Health Science and Society at Georgetown University, on C-SPAN according to the AP.

While countries like South Korea and Poland have withdrawn paper money and has gone as far as burning it, banks in the United States are reporting the opposite effect. Fear has led some customers to make substantial cash withdrawals at banks and ATMs. Some banks are raising withdrawal limits.

The run on the bank is similar to the experiences in 2001 following the attacks of 9/11. Banks reported that customers were withdrawing cash at a higher rate than before the alleged Y2K crisis. Although reports have not reached that level, it is possible to exceed the 2001-2002 withdrawals if the COVID-19 crisis continues for very long.

The Bureau of Engraving and Printing publishes its production numbers monthly. It will be interesting to see if they had to increase production in March to meet increased demand. It proves that cash is still king, and the thoughts of a cashless society can be put away for a while.

Precious metals sellers never let a good crisis go to waste, using people’s fears of market turmoil to convince them to invest in an asset like gold or silver coins. These investments may seem safe, but some sellers price their coins at double their actual value, and that can leave the investor poorer.

NEW YORK (AP) — In a world suffering a pandemic, cash is no longer king. A growing number of businesses and individuals worldwide have stopped using banknotes in fear that physical currency,…

→ Read more at apnews.com
Why You Should Invest in the $5 Gold Coin :: The Market Oracle ::

Roman relic: The coin is one of a record number of treasures ( )