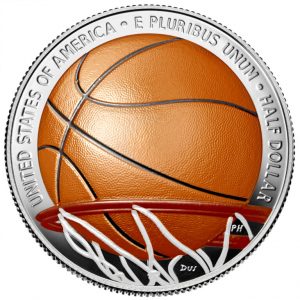 Tradition is the transmission of customs or beliefs passed from one generation to another. Traditions are not laws or rules.

People invested in a tradition are afraid to change. It has always been that way and was successful, then why change?

At some point, change is necessary, or the tradition will stifle growth. Two areas where tradition is holding back activities are baseball and numismatics.

Hardcore baseball fans are the most traditional fans. They are the people who can tell you who was on deck when Bobby Thompson hit “the shot heard around the world,”† the nuance of the double switch, or why on-base percentage is a better statistic than batting average.

While trying to have a season amidst the COVID-19 pandemic, baseball had to look tradition in the face and calmly walk in another direction. Aside from adding the designated hitter (DH) in the National League was placing a runner on second base when the games go into extra innings. The purpose is to shorten games, especially those that go to extra innings.

We are used to the DH. When games are played in an American League Park, all teams use the DH. But putting the runner on second base who did not get a hit to be there is very different.

But the move seems to be working. In the first week of the new season, four games went to extra innings, and all of the games ended in the 10th inning. It is an unorthodox move for a sport bound in tradition.

Numismatics is the same in many respects. The U.S. Mint strikes real coins, not trinkets. To be a real collector, you have to collect all of the best stuff, including the highest grade versions of the most popular coins. Finally, coins have to be a good value.

A “real coin” is money that an issuing authority legally monetizes for a market. The market may be for collecting purposes, but the issuer has assigned a face value. Even though the U.S. Mint has issued commemorative coins that are not intended to circulate, the traditionalists have determined the new colorized coin is something less than a real coin.

Traditionalists may not want to hear that a general collector community has reacted favorably to the colorized Naismith Hall of Fame Commemorative Coins. On message boards where collectors discuss their collections, they are now beginning to realize that the U.S. Mint has issued other sports-related commemorative coins. In a recent discussion, some started to ask about the National Baseball Hall of Fame commemorative coins.

These collectors are not interested in Morgan Dollars, Standing Liberty Quarters, or Buffalo Nickels. They want the coins to add to their sports collections. A fan of Dr. J, Julius Erving, said that he plans to buy the colored and non-colored coins for his collection.

When it comes to numismatics, what defines a good value? How does one tell a person who may have inherited coins why a dealer would buy a coin for $20 but sell it for $45 or $50?

This past week, Michael Taylor, a financial writer for mysanantoinio.com, wrote the article, “Coin collecting a fine hobby, but not a good investment.” His fundamental question was, why is the spread between the bid and ask prices of coins so vast.

Taylor concluded that coins were not a good investment based on his analysis of the pricing differences found in both books.

Taylor is a published financial professional with many years of understanding markets. Most markets are very understandable that professionals who predict markets can do so with reasonable certainty. They can mitigate risks for wrong predictions and still make a good living.

Based on analyzing the Red and Blue books, how does one do that in the coin market? The problem is that there is so much more to the market that these books do not cover. A lot is based on tradition, unwritten lore, and irresponsible perceptions.

The general public has a better understanding of the automobile market than they do of the numismatic markets.

If you want to fix the hobby, it is time to look at these traditions, lore, and perceptions and act responsibly. Otherwise, the collectors may only be one-time coin buyers, and the hobby will continue to stagnate.

CINCINNATI, Ohio — It's been more than a month since the Federal Reserve declared a coin shortage in the U.S. Businesses like banks, grocery stores and laundromats have had to change their practices to keep change on hand, but one private mint based in Cincinnati is in a unique position to cash in.

The U.S. Mint has reduced the volume of gold and silver coins it’s distributing to authorized purchasers as the coronavirus pandemic slows production, a document seen by Bloomberg shows.

→ Read more at bloomberg.com
Taylor: Coin collecting a fine hobby, but not a good investment

Coins don’t work well as investments, but they are OK as collectibles, according to columnist Michael Taylor.

→ Read more at mysanantonio.com
Coin Shortage? It May Be Time to Use Your State Quarters

South Carolina, introduced in 2000, was the eighth state quarter brought into circulation. Growing up in San Diego in the early 2000s, Kelsey Fehlberg proudly displayed her state quarters in a map with inserts for each coin.

→ Read more at nytimes.com
The US Mint is slowing down how many gold coins it makes because of the coronavirus pandemic | Markets Insider

The US Mint is slowing the production of gold and silver coins and limiting supply to authorized distributors – a sign that the pandemic is hampering the supply of physical money in the US.

The price of gold hit record highs earlier in the week, Friday morning the price was at about $1.957 per ounce. From gold rings, necklaces and bracelets, people have been bringing in their jewelry to Emerald Coast Coins in Pensacola wit hopes of getting some cash and they're walking out with a lot more than expected.

The round £1 coin was demonetised at midnight on 15 October 2017 About 122m round £1 coins have not been returned to the Royal Mint, nearly three years after they stopped being legal tender.