Rather than the news, a quick reminiscence 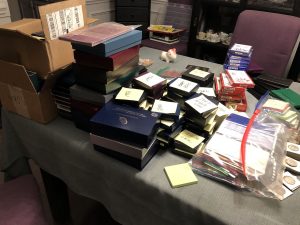 A portion of my father’s U.S. collection

This week, I am not producing a weekly news update. Instead, I want to talk about the last few weeks and recent events. I am not making this post from home. I am in Charlotte, where my father used to live. I said “used to” because he died in November after being infected with COVID-19. I have not said much publicly because I am not ready. In a few weeks, I will have a tribute to the man responsible for my addiction to coin collecting.

Shortly before being intubated, he told my brother that there were coins “all over the house.” He was not kidding. We found the equivalent of four large bins of coins during the last few days, including an old flight bag that we found in the bottom of his closet yesterday.

My father was born before World War II and collected coins from pocket change. There are albums of Walking Liberty and Franklin Half-Dollars, half-dollars in 2x2s, and many other coins. There are mint sets, proof sets, silver proof sets, prestige sets, and American Eagles. The few American Gold Eagles we gave to his grandchildren at his request. 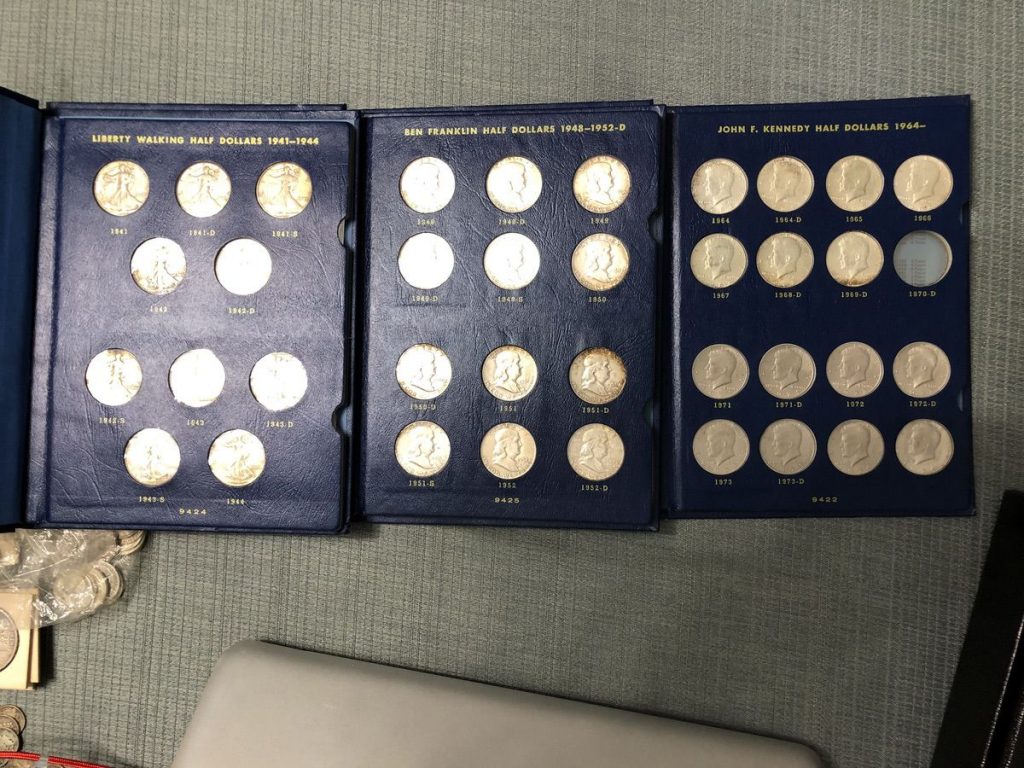 My father’s half dollar collection

It also appears that he bought every commemorative coin produced by the U.S. Mint since 1982. Most of his collection consists of sets when they were available, including a few gold coins.

That was just the United States coins. Another bin is overflowing with Israeli coins. My father was a big supporter of Israel. As part of his support, it appears he was a purchaser of everything produced by the Israel Government Coins and Medals Corporation. IGCMC was the manufacturer of Israeli coins before the government sold the company to a private business. Now they contract their coin manufacturing, and the old company, now renamed the Israel Mint, is a preferred dealer and distributor for the Bank of Israel. 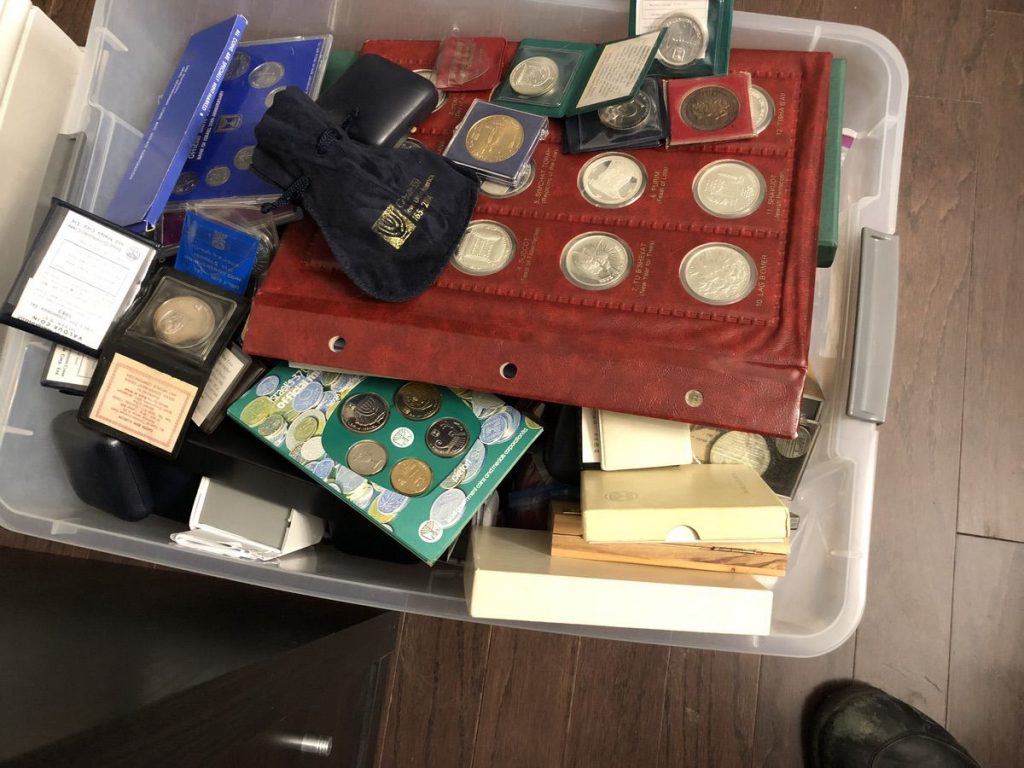 A bin of Israeli coins that we have not searched at the time I write this.

He might have purchased everything produced by the IGCMC since 1971. A few years ago, they began to produce gold bullion coins. He purchased one, decided that he did not like the premium on top of the spot price, then gave the coin to me.

As I try to create an order to produce a catalog for the estate, it reminds me of the calls we used to have talking about the products from the U.S. Mint. As opposed to other collectors of his age, he liked the modern Mint products. He was not concerned about resale value or that the U.S. Mint produced something other than classic coins. My father complained about the updated ordering requirements. When I found the Mercury Dime and Standing Liberty Quarter Centennial Gold Coins, I remember that he complained about not ordering the Walking Liberty Half Dollar Centennial Gold Coin because of the U.S. Mint ordering system. 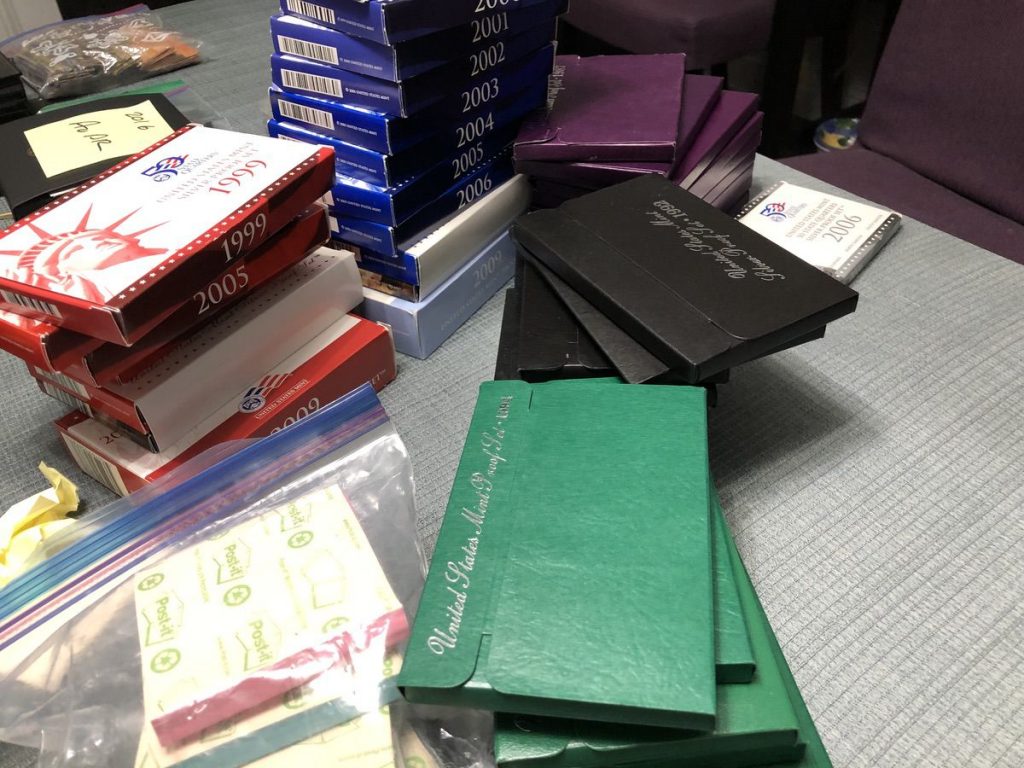 My father had almost every mint and proof set dating back to 1970.

My father found beauty in all of the coins, even the ones that the industry said were “ugly.” They were coins, and he liked the coins. He loved the Israeli coins and their symbolism with Jewish heritage. It is his heritage, as the first generation born in the United States of immigrant parents. His father was so happy to come to the United States that he volunteered to go back to Europe four years after arriving at Ellis Island to fight in The Great War. My grandfather earned the Purple Heart fighting in France as part of the 82nd Infantry, today known as the 82nd Airborne Division.

Grandpa was also a coin collector of sorts. He was a change hunter and liked to fill albums with pennies. I still have the Library of Coins Indian Head Cent album that was part of his estate when he died in 1969.

As I type this, I picked up a small stack of Morgan Dollars to find that he has a circulated 1890-CC dollar. A cool find, indeed. 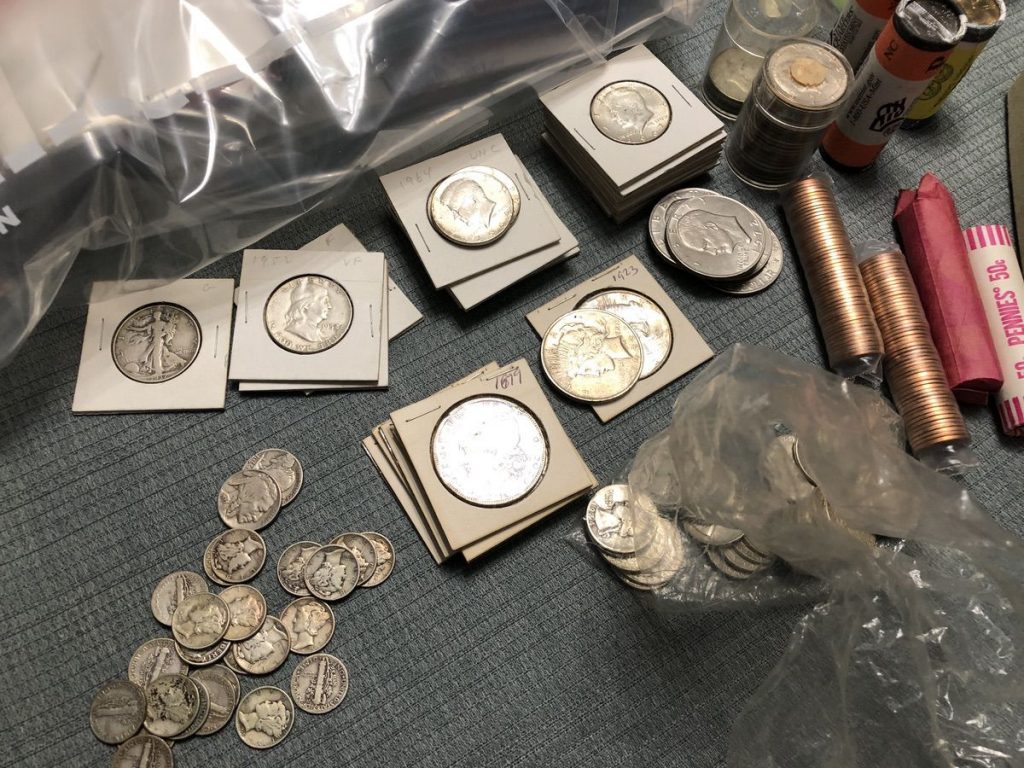 A few of the loose coins found in the collection

After we complete cataloging my father’s collection, we will sell them at auction. My company will conduct the auction online. Of course, I will post a note here when the auction is ready. Stay tuned. 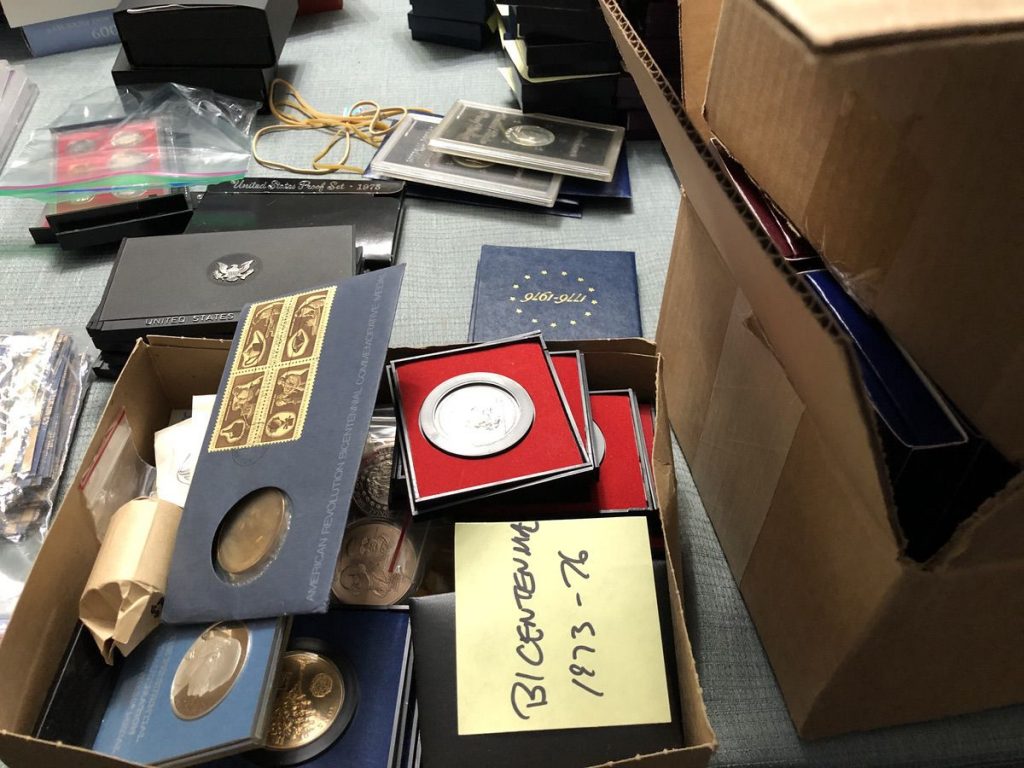 So my father went a little crazy with the Bicentennial coins.