For this week’s update, here are some news shorts: 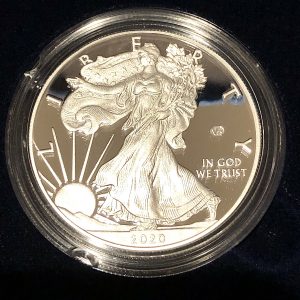 More stories keep appearing that say the current coin shortage is leading us toward a cashless society. All of the articles are the same. They claim that without circulating coins, more people “may” be relying on electronic payments. At the same time, they note that the U.S. Mint has increased production and the Federal Reserve reports that market indicators suggest that for non-online purchases, the public is spending cash at a higher rate than using credit cards.

I noticed a pattern when reviewing my notes. The latest article and many others with these conflicts were published by NPR or an NPR affiliate radio station. It seems as if NPR has an agenda.

The Royal Mint has released another 50 pence circulating commemorative coin for Christmas and is as popular as their previous issues. While U.S. collectors complain about new programs, the Brits embrace the new collectibles. The 50p coins have become so popular that it is becoming challenging to find 50p coins in circulation.

On November 14, 2015, near the village of Chrysovitsi in Arcadia, Greece, a group of German poachers discovered an ancient silver coin weighing 12 grams. They named it “Olympia”. On its front the coin depicted an eagle with open wings holding a hare with its claws, and on the back it showed the winged Goddess Niki (Victory), just like the Niki of Samothraki statue which is now located at the Louvre Museum in Paris.

→ Read more at greekcitytimes.com
US Coin Shortage Highlights Implications Of Moving Toward A Cashless Society

The change drawer of the cash register at Symbiote Collectibles in West Reading, Pennsylvania, on July 9, 2020. (Ben Hasty/MediaNews Group/Reading Eagle via Getty Images)

→ Read more at wbur.org
Royal Mint commemorative 50p coin selling for over £1000 – and you can get one