What Does $18 Million Buy These Days?

On June 8, 2021, Sotheby’s auctioned the Stuart Weitzman Collection. The auction consisted of three of the rarest items in the world, including the Farouk-Fenton 1933 Saint Gaudens Double Eagle. It is the only 1933 Double Eagle coin that anyone who can afford it can legally own.

Although not confirmed by Sotheby’s, the price realized suggests that it includes the buyer’s premium. Sotheby’s has not disclosed the buyer’s name. 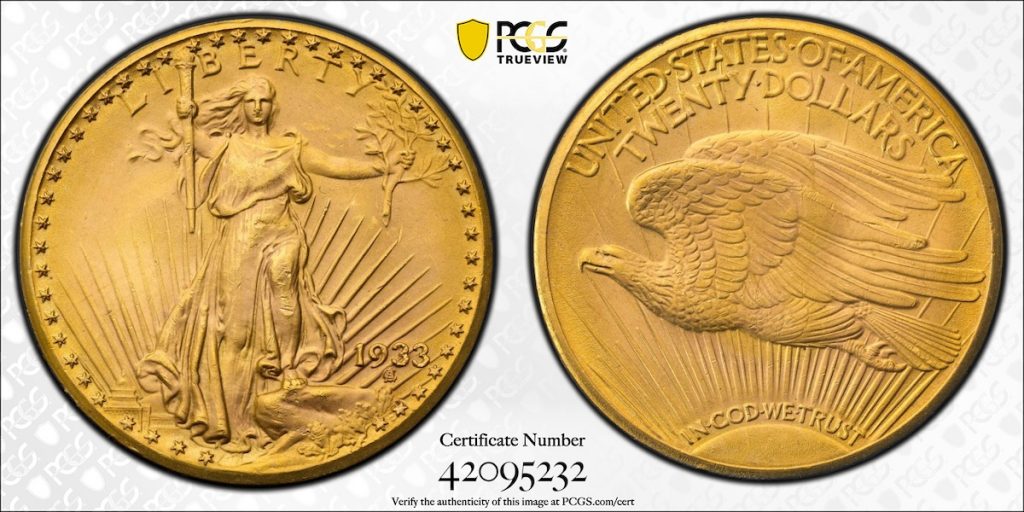 Arguably, the most famous coin in the world, the price was over the auction estimate of $10-15 million but under what the numismatic industry expected. The price is significantly more than the $7,590,020 paid in 2002 for the coin, including $20 to monetize the coin officially. The auction included the U.S. Mint’s monetization certificate. 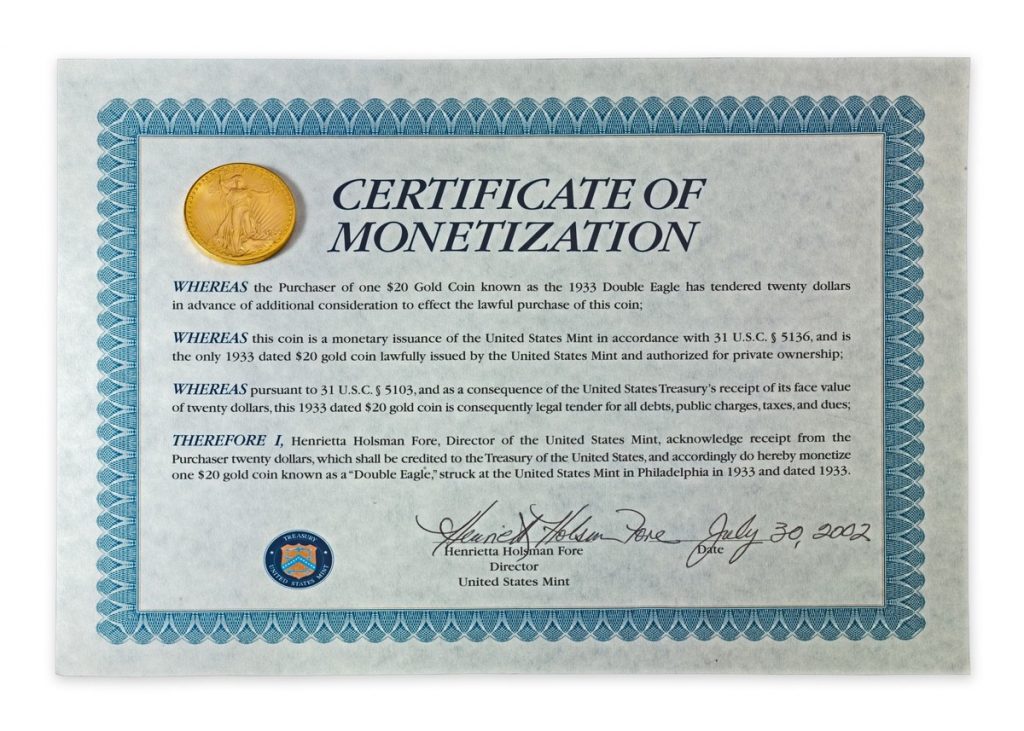 Numismatists may want to save the catalog link for the sale of this coin. Sotheby’s catalog listing includes the coin’s history with an updated history of the other 1933 Double Eagle coins. The update includes the ten coins “discovered” by Joan Langbord, daughter of Israel Switt, and her family’s fight to retain ownership. Documentation from court filings adds to the story.

David Tripp wrote the original catalog description for the first Sotheby’s/Stack’s auction. In 2004, Tripp published his research in Illegal Tender. Given the new information, would it be worth updating the book?