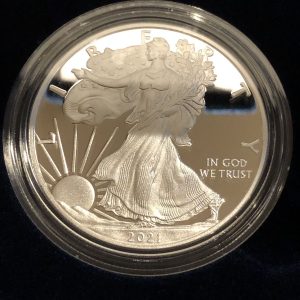 Last week I spoke to a dealer who attended the Summer FUN show in Orlando. When asked how the show was, the answer was “HOT!”

The answer was not a response to the weather but the market. According to his partner, they had a difficult time stocking inventory. The number of buyers is outpacing the sellers a lot. The limited inventory is also impacting dealer-to-dealer transactions. The low supply and high demand are causing prices to rise.

Another area that is becoming popular is hometown collecting. A currency dealer said that collectors are asking about obsolete and national banknotes based on their location. After suggesting to speak with an exonumia dealer, I learned that new collectors are discovering transportation and other tokens from their hometowns or the hometown of their parents. The dealer told me that two young collectors almost cleaned out their inventory of Iowa tokens.

The lesson is that the market is hot, prices are rising, and new collectors are entering the market looking to have fun. It makes for a healthy

A collection of 80 copper staters discoverd by archeologists at the site of the ancient city of Phanagoria. Courtesy of the Russian Academy of Science’s Institute of Archaeology.

Nikola Tesla, pioneer of alternating current electricity, might have been shocked to know how his legacy would cause a row between European states.

→ Read more at bbc.com
Coins, the Overlooked Keys to History

Loose change was scarce last year. Retail and restaurant industries collected less cash from customers, so had fewer coins to deposit with their banks, while limited hours and new safety protocols at mints around the country slowed coin production.

→ Read more at newyorker.com
The discovery of the 'Nephite Coin': A pioneer mystery

SALT LAKE CITY — In February 1848, Isaac Chase stalled the vigorous swing of his pick at the sound of something metallic in a hole by a creek in what is now Liberty Park.

→ Read more at ksl.com
Fact check: Microwaving a penny won't shrink it, and it might damage your microwave

The claim: Microwaving a penny for one minute will shrink the coin Most everyone knows some things are not meant to be microwaved, like metal for example. But some social media users are contradicting that, claiming microwaving a coin will shrink it.

→ Read more at usatoday.com
26 valuable coins you might have at home

Numismatics – more commonly known as coin collecting – is a time-honoured pastime that has grown in popularity over the years.    Often dubbed ‘the hobby of kings’ due to only the very wealthy being able to enjoy the activity – the good news is coin collecting is now something that pretty much anyone can take a shine to, regardless of status.