Although this past week was the World’s Fair of Money, there was not much news surrounding the event. According to individual reports, people said that it was a good show even with the COVID precautions. It was similar to reports from The National, which was held in the Stephens Convention Center the week before.

The week’s biggest news was the U.S. Mint publishing the lot numbers used to label the boxes with the American Eagle bullion coins.

Until last year, the U.S. Mint has not identified where they strike the American Eagle bullion coins. Spokespeople emphasize that since their production is for the investment market, the mint location is not relevant. Of course, collectors view the market differently. Dealers and third-party grading services have tried to determine where the coins were struck based on shipping labels and other factors. Although they are reasonably sure, there are mistakes in their assumptions. 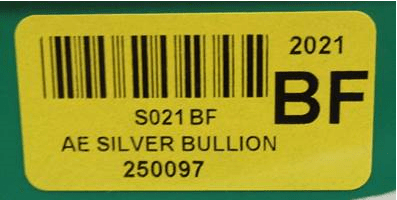 The U.S. Mint reports that some of the boxes marked with “BF” should not have the “F” since they were not part of the first production run.

Without the industry asking, the U.S. Mint released the lot information about the American Eagle bullion coins this year. Making this remarkable is the U.S. Mint broke published the lot numbers for the Type 1 and Type 2 reverses for both the silver and gold bullion coins. In fact, they noted that a few boxes had labeling errors incorrectly marking some of the coins as part of the first production.

Although the U.S. Mint has claimed it was always considerate to the collector community, it is the first time they voluntarily provided this information without prompting. Could the U.S. Mint finally be learning from past mistakes? Time will only tell. 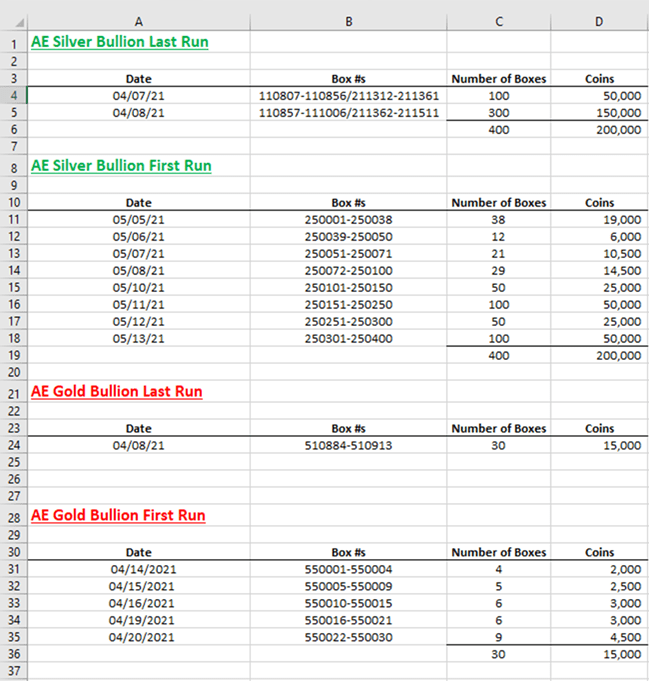 → Read more at smithsonianmag.com
Tudor, Stuart and Commonwealth coin collection to sell for £500,000

'Remarkable' collection of 52 Tudor, Stuart and Commonwealth coins is set to sell for £500,000 at auction — including a Henry VIII coin struck in tribute to his first wife Catherine of Aragon

A scavenger hunt at a Talmud-era village in northern Israel took a surprising turn on Tuesday when an Israeli girl found a 1,500-year-old bronze coin.

While out camping with family on the beach, Yotam Dahan discovers 13-pound lump of coins from about 1,700 years ago which archeologists speculate belonged to a merchant ship that wrecked ashore

TEHRAN – Iranian authorities have seized some ancient coins from an illegal digger in the western province of Ilam, the provincial tourism chief announced on Wednesday.