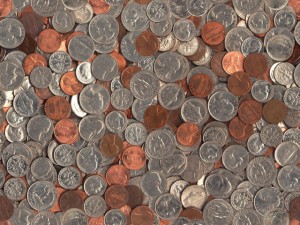 It is not a surprise to economic and market watchers that there is a perceived coin shortage. The problem is not just in the United States, but worldwide central banks are trying to fix their circulation issues.

Over the last three months, the Reserve Bank of India (RBI) has been trying different tactics to get money to circulate. In addition to striking more coins, they promote new designs and a program for citizens to redeem old coins for the newly issued coins. It has a moderating effect on the COVID crisis at high levels in the country.

India has also been dealing with rumors one type of circulating coin has been counterfeited or been withdrawn and not legal tender. However, the RBI has insisted that the coins are legal tender but continue to promote them with the redesign.

The Royal Mint has stepped up the production of 1 penny coin for circulation. Physical money is used more in the UK than electronic transactions, especially outside of the cities. Although some feel the penny has been overproduced and would rather see the 2 pence coin used, the increase in the number of transactions since the lifting of COVID restrictions created the demand.

The United States continues to see shortages. Most of the reports are coming from outside of the major metropolitan areas. Most are looking for one-cent coins. Experts are blaming accelerated consumer spending in areas where cash payments are more prevalent. More populated urban regions are seeing more electronic transactions than cash.

Let’s keep the economy moving. Spend those coins! (not the ones you collect)

Bankers thought the nationwide coin shortage was over, as the U.S. economy reopened and previously housebound consumers were able to unload more of their change. But a combination of factors — including government stimulus payments, accelerated consumer spending and the threat of the COVID-19 delta variant — has stymied progress and forced retailers to resort again to asking shoppers for exact change.

Croatian National Bank (HNB) Governor Boris Vujčić said on Monday after meeting with European Commission Vice President Valdis Dombrovskis that a test production of euro coins with Croatian national motifs should begin by the end of this year, with possibly about two million coins being minted.

LAS CRUCES – The Las Cruces Police Department received two reports of movie prop money that was passed as legal tender over the weekend, a news release on Monday stated. In the news release police stated movie prop money can look like actual currency but, in most instances, does not have the same texture.

→ Read more at lcsun-news.com
Rare coin could fetch £50,000 at auction

A very rare large gold coin from the reign of Charles I is expected to fetch £50,000 when it is sold at auction.

A huge hoard of Iron Age gold artifacts has been uncovered by an amateur metal detectorist in Denmark. The "enormous" find consists of almost one kilogram (2.2 pounds) of gold buried 1,500 years ago, according to a press release from the Vejlemuseerne museum, which will exhibit the hoard.

→ Read more at cnn.com
Pennies back in production as cash is hoarded during Covid

One penny coins were back in production last year after none were minted for general circulation in the previous two years, Royal Mint figures show.