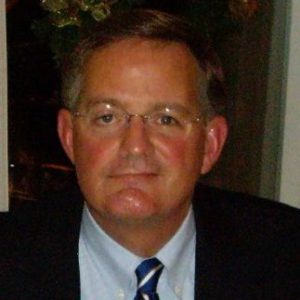 The news of the week came on a Friday night news dump by the Treasury Department, announcing that David J. Ryder will resign as U.S. Mint Director as of September 30, 2021. Alison Doone will become the U.S. Mint’s Acting Director.

Ryder served as the 34th and 39th Director after being appointed by two different administrations. Ryder came into this term touting his work with physical money security. During his confirmation hearing, Ryder said he worked for Secure Products, a company focused on developing anti-counterfeiting solutions for currency and branded products. Ryder also testified that he was involved in developing the Royal Mint’s new 12-sided one-pound coin.

The U.S. Mint claims security measures built into the new American Silver and Gold Eagle coins. However, there do not seem to be breakthroughs similar to those used by the Royal Mint and Canadian Royal Mint on their bullion products.

Ryder may want his legacy to be introducing new products, but the public will remember the colossal failure of the U.S. Mint’s e-commerce system. As Director, he was supposed to oversee the entire operation and not just one aspect. Those failures will weigh on his legacy.

Alison Doone is a career civil servant who entered the Senior Executive Service (SES) in 2004. After working at several other agencies, Doone served as the Mint’s Chief Administrative Officer since March 2021.

The Federal Vacancies Reform Act of 1998 requires the president to send a nomination to the Senate within 90 days to fill a vacant position. During that time, an acting director can serve in that role for only 180 days. As we saw in the 2,629 days (7 years, 2 months, and 13 days) between the resignation of Edmund Moy and the confirmation of David Ryder, the government has ways to get around the law to maintain operational consistency.

Tale of a Taler: A Pierced Coin from the Jacob Jackson Home Site

If artifacts could talk, we’d love to hear this one’s tale.  This pierced German coin from the 17th century was recovered during a systematic excavation at the Jacob Jackson Home Site, part of Harriet Tubman Underground Railroad National Historical Park (HATU).

Readers of a certain age will remember the florin, or flóirín as it was in Irish. Those of an uncertain age will even recall when it was Ireland’s two-shilling coin, complete with the leaping salmon of Percy Metcalfe’s classic 1928 design.

The coin, known as the Triple Unite, was minted in Oxford in 1643 during the English Civil War and had the value of 60 shillings, or three pounds.

LAKE MARY, Fla. – A Florida teenager recently made a spectacular find while on an ocean dive: a rare gold coin believed to be from the 1715 Spanish Treasure Fleet.

(CNN) — Two amateur free divers have found one of the largest collections of Roman coins in Europe off the east coast of Spain. Luis Lens and César Gimeno were diving off the island of Portitxol in Xàbia on August 24 when they found eight coins, before further dives by archaeologists returned another 45 coins, according to a press release from the University of Alicante on Tuesday.