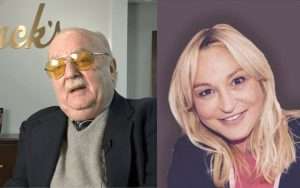 The late Harvey G. Stack and Muriel Eymery, both inspirations in numismatics

The deaths of Harvey G. Stack and Muriel Eymery and other events in my life have me thinking about our legacy on the hobby. All of us will leave a legacy, and whether it is with our family or the hobby in general, sometimes we need to take stock in what that legacy will be.

Although they were of different ages, Stack and Eymery had similar philosophies. Both wanted to bring advancement to the hobby by expanding what people collected. Stack was one of the people who advocated for the 50 State Quarters program, and Eymery was an advocate for international collecting for collectors from all over the world.

It was not enough for both to look beyond their primary interests. Stack could have made a good living from his New York City store selling rare coins, holding auctions, and serving a high-end community without being involved in areas that would help the average collector. Eymery took her passion and made a career in several countries, including the United States and Hong Kong. She became an ANA Governor overcoming xenophobia because she spoke with an accent even though she was a U.S. citizen.

Both stepped beyond their comfort zone to help the hobby and should be role models for all of us. Stack and Eymery went beyond their self-interests to grow the hobby. They had their business interests, but they could think beyond an alleged correct way to collect for the sake of the hobby.

What will your legacy be? Are you going to leave the hobby static or grow it by creating a legacy that collecting is fun and does not have to be limited by plastic-encased coins or printed albums? Or will you embrace everything that the hobby offers, including areas you do not collect?

For the memory of Harvey Stack and Muriel Eymery, we should commit to leaving a legacy of progress and inclusion in the hobby that all of us want to grow and thrive.

Famous author and noted civil rights leader Maya Angelou became the first African American woman featured on the 25-cent coin. The U.S. Mint began shipping the quarters on January 10. Reportedly, the Angelou coin is the first in a series designed to celebrate the accomplishments of American women.

→ Read more at spokesman-recorder.com
Why so many people — even crypto fans — are buying rare coins: Prices are at 'never before seen' highs

A coin collector shows the commemorative coin, released by the Colombian Central Bank, to celebrate the 200th anniversary of Colombian independence.

→ Read more at marketwatch.com
History Matters: A new constellation for a new year

Being called “two-faced” by someone today would most likely “breed a quarrel,” as the old saying goes. However, if one were to go back just two centuries to classical Rome, that same depiction might elicit a very different response.

A hoard of 337 silver Roman coins, discovered in a field, have been declared as treasure.

A badger has led archaeologists to a hoard of more than 200 Roman coins that had been hidden in a cave in Spain for centuries. The animal had burrowed into a crack in the rock inside the La Cuesta cave in the Asturias region of northwest Spain, and dug out coins that were later discovered by a local man, Roberto García, according to a paper on the find published in December.