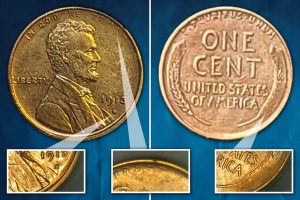 (Image courtesy of The U.S. Sun)

Exaggerated headlines are not new to journalism. Depending on whose depiction of history you read, it dates to the work of Joseph Pulitzer and New York World and William Randolph Hearst in the New York Journal. The battle between the two raged into the 1890s and earned the name of Yellow Journalism.

The tradition continues on the Internet. Instead of Yellow Journalism, it is called clickbait. In the old days, editors used the headlines to sell newspapers so readers could see the advertising. Today, the headline writers want you to click the links to display advertising. It is the same principles even though the medium is different.

Some people do not like overly dramatic headlines and avoid those links. But there is one set of numismatic-related stories whose headlines you should not ignore.

The Sun is a UK-based tabloid newspaper owned by Ruppert Murdock. While the newspaper is known for yellow and tabloid journalism, the paper has well-written stories that are not sensational or salacious. With the power of the Internet, they brought The Sun to the U.S. using the same formula to get page impressions.

One of the story formulas The U.S. Sun uses is to lure readers is to watch eBay coin auctions as a basis to write about different coins. Once they find something interesting, the articles produced are well written, informative, and readable to the average collector.

A good example is the “PRETTY PENNY Rare Lincoln penny with wax filled die sells for $122 – see if you have one in your wallet“ is a headline that seems like clickbait. But if you read the article, it explains the issues with the filled die, looks at other research into the date and error and talks about what to look for when searching pocket change.

A journalist explained that these are formula stories. A formula story is written based on a publisher-defined style so that any writer can fill in the details and maintain standards. Writers who earn their pay by the story will create story formulas to publish as many stories as possible.

Given The U.S. Sun‘s ability to publish well-written stories about the coins they cover makes it an excellent educational read for all coin collectors regardless of knowledge level. Follow @coinsblog on Twitter for when I find these stories.

More exists to challenge coins than the simple design of them. Business owners must pay attention to a variety of things like plating, shape, size and cost.

→ Read more at vervetimes.com
What Happened to America’s Quarters?

Our government just dropped a hot new quarter featuring Maya Angelou with her arms dramatically aloft, posed before a bird’s giant wingspan. It’s the first of a series, each depicting women on the back.

An extremely rare Henry III gold penny discovered in a farm field in England could fetch more than $500,000 at auction this month. Spink & Son

→ Read more at smithsonianmag.com
Fond Of Collecting Coins? Here Are 6 Things To Know

Coin collecting is one of the most popular hobbies in the world. As with any hobby, it's important to know how to collect coins so that you can avoid making mistakes and start building a strong collection. Here are six things about coin collecting you should know before starting your collection!

A new internal report depicts the United States Mint as an institution rife with internal tumult over allegations of racist behavior.

→ Read more at nytimes.com
Henning Jefferson nickels explained – and why they're worth up to $404

THE Henning quarter is arguably one of the most fascinating coins in American history – but some are wondering if they should add it to their collection. Often times with coins, they will gain their rarity off a low mintage, an error, or another unique element.