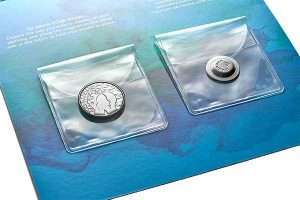 Mints all over the world are releasing new coins. The U.S. Mint opened the sale of the Negro Leagues Commemorative coins. Across the pond, the Royal Mint announced the coins they would issue in honor of Queen Elizabeth II’s Platinum Jubilee. She is the longest-reigning monarch in British history. The world’s longest-reigning monarch is Louis XIV of France (over 72 years).

The Royal Canadian Mint has released its precious metals variation on the Maple Leaf but has issued a commemorative Metal and Magnet set promoting Mental Health. Proceeds from the sale of the set will be donated to Kids Health Phone, a 24-hour support service for Canadian children.

With the American Women Quarters program, there should be a lot of exciting coins to collect.

Welcome to Kitco News' 2022 outlook series. The new year will be filled with uncertainty as the Federal Reserve looks to pivot and tighten its monetary policies. At the same time, the inflation threat continues to grow, which means real rates will remain in low to negative territory.

→ Read more at kitco.com
Why Did the World Choose a Gold Standard Instead of a Silver Standard? – Ryan McMaken | WallStreetWindow.com

Among those who support the end of government fiat money, it’s not uncommon to hear and see claims that gold is “the best money” or “natural money” or the only substance that’s really suited to be commodity money.